Though Dr. Georgina Dodge is just competing her first full semester as vice president of diversity and inclusion at the University of Maryland (UM), she has experienced tension with Black UM students who feel neglected by the school’s administration. 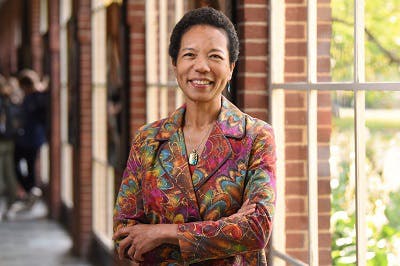 According to The Diamondback, a student-run newspaper, for the second time in four days, Dodge discussed concerns students held over potential changes she had planned for the Nyumburu Cultural Center, which minority students say is a key resource for them.

Students also criticized Dodge’s decision to discontinue an English class titled “Creative Writing Through the Eyes of African Americans,” to which Dodge said was a necessary cut due to funding.

In response to complaints that she was inaccessible and had only attended one event at the Nyumburu center, Dodge said she “would love to be in Nyumburu all day,” but didn’t want to micromanage, adding that she plans to visit the center more in the future. In addition, she announced that the diversity and inclusion office would be hiring a new assistant vice president, with the help of a student representative.

“The vision really needs to be created by the people who utilize the space,” Dodge said. “It’s not a top-down type of vision, it’s a collective community vision that gets developed based on the needs that exist.”