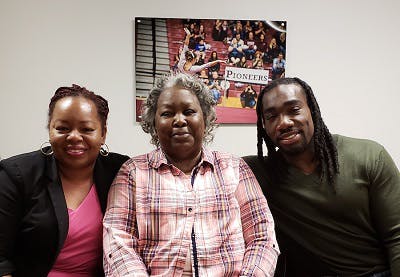 After being exonerated of murder, Ryan Matthews worked to earn his college degree.

In 1997, Matthews and a friend were accused of killing a grocery store owner in an attempted robbery. The suspected getaway car shared a similar color as his friends but had a different body style. However, police pulled them over and brought them into the station for questioning, according to Fox10 Phoenix.

Despite inconsistent witness testimony, Matthews was convicted and sentenced to death. However, in 2004, after serving five years on death row, Matthews was found innocent through DNA evidence. He was immediately released and two months later, earned his GED.

Over the weekend, he graduated with a bachelor’s degree from Texas Woman’s University.

“It felt like all of my work had finally paid off,” Matthews told Fox10 Phoenix.