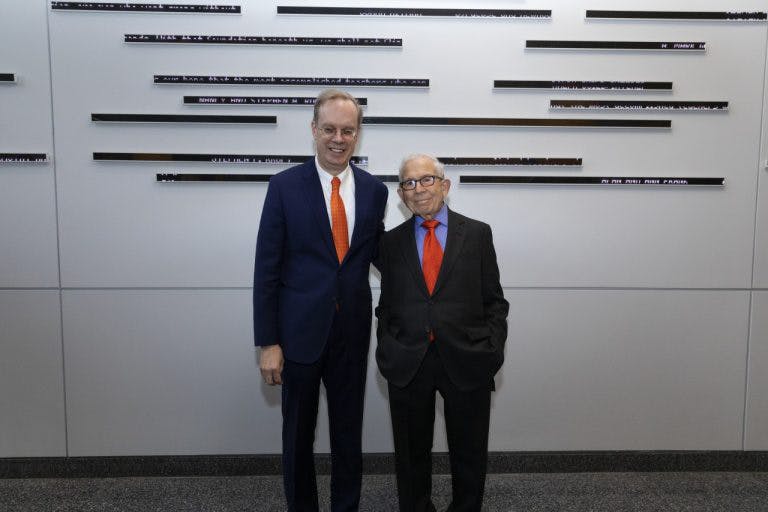 Named in his honor, Syracuse’s communications school was established by Newhouse in 1962 with an initial gift of $15 million. Newhouse, who died in 1979, was the billionaire founder behind Advance Publications, which owns well known publishing and broadcasting companies such as the Discovery Channel, Reddit and Condé Nast.

“The Newhouse School resulted from my father’s dream to establish the finest journalism school in the world,” Donald E. Newhouse said. “That vision has come true, thanks to the unwavering support of Chancellor Kent Syverud, the extraordinary leadership of Deans David Rubin and Lorraine Branham, and the exceptional faculty and the diverse and successful student body they have attracted to the school.”