Grand Valley State University has suspended its new offensive coordinator, Morris Berger, as it investigates comments he made to the school newspaper.

According to ESPN, after a student journalist asked him which three historical figures he would like to have dinner with, Berger listed Adolf Hitler as one of his choices, citing Hitler’s ability to “rally a group and a following” as a reason. 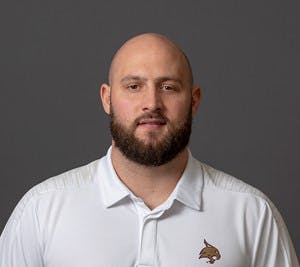 “This is probably not going to get a good review, but I’m going to say Adolf Hitler,” Berger said in the interview. “It was obviously very sad and he had bad motives, but the way he was able to lead was second-to-none. How he rallied a group and a following, I want to know how he did that. Bad intentions of course, but you can’t deny he wasn’t a great leader.”

Berger was officially named offensive coordinator on Jan. 20. after leaving his previous post at Texas State University. The length of his current suspension is to be determined.