A Lehigh University professor’s video about poverty – in which he claims it’s a myth that poverty is about race – is drawing criticism from students and faculty, The Morning Call reported. 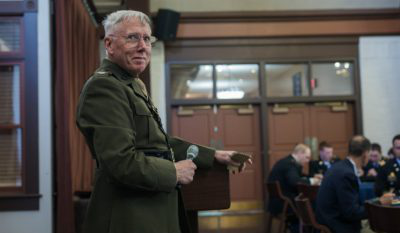 As part of a talk series by Lehigh College of Business, the Jan. 28 video, “3 myths concerning poverty,” depicted economics professor Dr. Frank Gunter arguing against the “myths” that poverty is a matter of race and a generational curse and that poor people do not have agency.

The video was removed by the college within days, but not before criticism of racism rolled in from some students. It was reuploaded afterwards with the addition of responses from the sociology and anthropology departments.

“As we listened to feedback from the community, including criticism regarding the selective use and manipulation of the available data which framed the findings with racist context, it was clear we needed to do more,” the college wrote. “We acknowledge that such a complex issue was not well suited to a brief single-viewpoint video.”

Gunter said the video was based on an upcoming op-ed to run in the Washington Examiner and that he did not believe his video was racist.

Criticisms of Gunter’s video ranged from his use of data to conflating correlation with causation.

“While it is important to have open debates on intellectual topics, the points brought up by Professor Gunter were not points of opinion, but incorrect and damaging statistics meant to put blame on impoverished people,” the group Lehigh Students for BLM wrote on Instagram. “His statements were racist and ignorant. We don’t need a debate, we need action.
“Retract his statements, educate about why they were wrong and commit to anti-racism.”

Lehigh’s faculty senate chairperson and 16 other senators have promised to hold forums on race and poverty.