Valparaiso University announced it will be getting rid of its mascot, the Crusader, following an ongoing discussion in the campus community, CNN reported.

“The Crusader” is the name of the Ku Klux Klan’s official newspaper, in reference to historic violence against Muslims and Jews in the Holy Land by Medieval Christians. 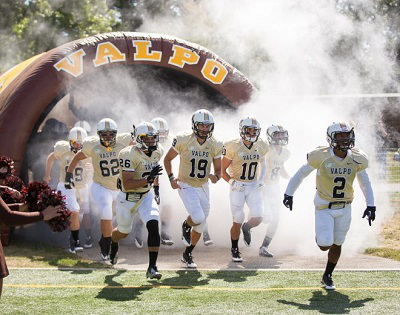 Because of these associations, the faculty senate and student senate passed resolutions calling for a new mascot, and the alumni board of directors passed a resolution calling for a review of the issue.

“The negative connotation and violence associated with the Crusader imagery are not reflective of Valpo’s mission and values, which promote a welcoming and inclusive community,” said Valparaiso University Interim President Colette Irwin-Knott in a statement. “The university has carefully evaluated this matter, including establishing a task force to conduct due diligence and garner feedback from the entire campus community, alumni, parents and other key stakeholders. This is the decision that best reflects our values and community.”

The Lutheran university will begin to phase out the imagery in the coming months, and a committee overseen by incoming President José D. Padilla – who starts his role on March 1 – will consider the new mascot with input from the campus community.