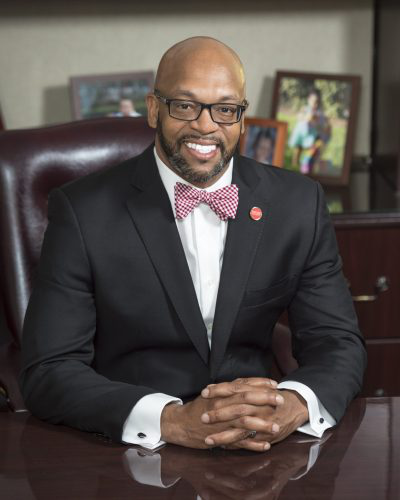 During his tenure at Radford, he worked towards improving student success, retention and degree completion. He also garnered millions in funds for the school to expand – such as a $13.8 million grant from the U.S. Department of Education – and oversaw the school’s health science efforts – he led the creation of Radford University Carilion.

He is currently chair of the NCAA Presidential Forum.

Hemphill holds a bachelor’s degree in organizational communication from Saint Augustine’s University in Raleigh, North Carolina, a master’s in journalism and mass communication from Iowa State and a doctorate in higher education administration and policy studies from the University of Iowa.