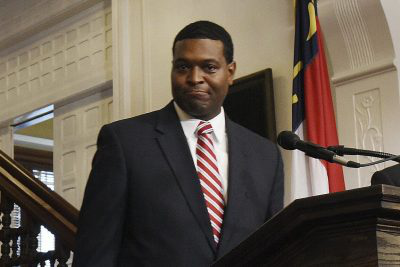 Regan – who has led North Carolina’s Department of Environmental Quality since 2017 – is known for “pursuing cleanups of industrial toxins and helping low-income and minority communities hit hardest by pollution,” News & Record reported.

Regan led negotiations for the Cape Fear River cleanup. He also founded the state’s Environmental Justice and Equity Advisory Board.

He has nearly 10 years of work experience at the federal EPA, and has served as associate vice president for climate and energy issues at the Environmental Defense Fund advocacy group. He has also led his own environmental consulting firm.

“Regan believes in science, and I think he will put science and public health at the forefront at EPA,” said Bill Holman, leader of North Carolina’s environmental department 20 years ago.

Regan – an alumnus of  North Carolina A&T – would be taking the reigns of the agency after years of diminished environmental protections under the Trump administration.