Saint Michael’s College – a private Catholic college in Colchester, Vermont – received the largest gift in its 117-year history, $4 million from the estate of Barry Roy, a former trustee and class of 1967 alumnus who passed in August 2019. Much of the funds will go toward financial support for minority and low-income students. 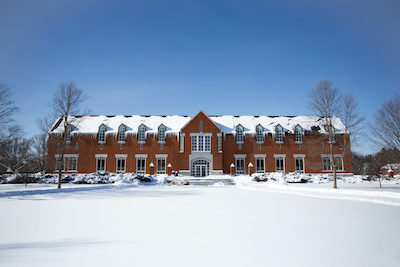 “When I first met Barry, he immediately struck me as someone who had a giant heart of gold,” said Saint Michael’s University President Dr. Lorraine Sterritt. “That first impression was absolutely correct … He was devoted heart and soul to the College. As someone who came from humble circumstances himself, he made it his mission to help students and to help the College that had equipped him so well for his career, a classic case of paying it forward.”

Roy designated $750,000 to go to a fund in memory of his parents, which will provide annual, need-based aid, particularly for underrepresented students and applicants. Nearly $2 million will supplement the Saint Michael’s Fund, which allows the president and board of trustees to make strategic investments. And Roy put about $1.2 million toward unrestricted scholarship aid for students through The Class of 1967 Endowed Scholarship Fund.

“Barry’s volunteerism, philanthropy, and support for the school is a lasting legacy,” said Saint Michael’s Vice President for Institutional Advancement Krystyna Davenport Brown. “His tremendous gift will have a profound impact on the next generation of Saint Michael’s students.”