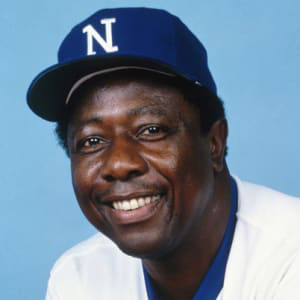 The Mobile, Alabama native – “Hammer” or “Hammerin’ Hank” – was inducted into the hall of fame in 1982. During his MLB career, Aaron scored 755 career home runs, breaking Ruth’s record in 1974, all the while threatened and given hateful, racist remarks.

“There were times during the chase when I was so angry and tired and sick of it all that I wished I could get on a plane and not get off until I was someplace where they never heard of Babe Ruth,” he wrote in his autobiography titled, I Had a Hammer.