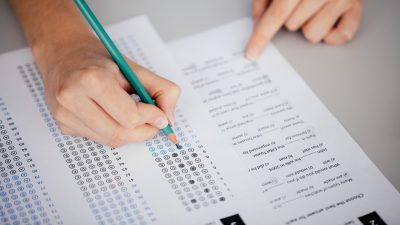 Despite the majority of respondents saying such requirements should be done away with, 71% answered that they believe standardized testing to be an effective way to evaluate students.

The poll – done by Yahoo Finance and The Harris Poll – surveyed 1,000 readers.

Testing giant The College Board recently eliminated the essay portion and subject tests from its tests.

Given COVID-19 shutting down test centers, several schools – such as Harvard College, Cornell University and Princeton University – have made the SAT and ACT optional for the class of 2025.

Most respondents answered that wealth affected standardized test bias more than race, with 51% saying that such tests were biased in favor of rich students.