The University of Alabama at Birmingham has removed former governor and segregationist George Wallace’s name from one of its buildings, The Hill reported. 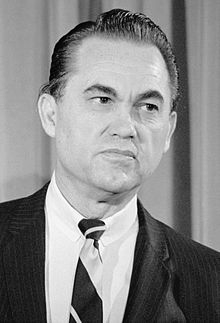 The removal of the name from a physical education building – the name was given in 1975 – came after UAB trustees unanimously voted in favor of the act.

Wallace , who was elected governor in 1962, vowed to resist federal civil rights efforts, attempting to block Black students from integrating at UAB in 1963.

He later abandoned his support for segregation and apologized to Alabama’s Black community. He then won his fourth term as governor in 1982.

“[Wallace’s] stated regret late in life did not erase the effects of the divisiveness that continue to haunt the conscience and reputation of our state,” UAB trustee John England Jr. said.