The University of Florida has put on paid leave a tenured professor accused by a graduate student of academic misconduct and abusive personal behavior before the student killed himself on campus, WUFT reported. 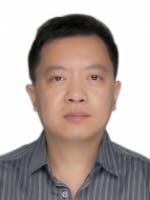 Dr. Tao Li, a professor in the Department of Electrical and Computer Engineering, was placed on leave Feb. 15. As academic supervisor of Huixiang Chen, 30 – who killed himself June 2019 – Li was accused of abusive behavior and pressuring Chen into submitting false data in a research paper – both listed as authors – and presented at an academic conference.

According to police, Li was in China for a family emergency when Chen died and did not respond to attempted communications. In December emails, Li said Chen’s friends were spreading false or misleading information about him.

“I have met with the authorized personnel who are involved with the investigation and provided both witnesses and evidences to disprove those fake/false allegations on me,” Li wrote.

“He left behind notes to his girlfriend, colleagues and faculty adviser that said Li’s professional connections had helped persuade the academic groups to accept the paper, despite its flaws,” WUFT reported.

Chen had also complained about having to run personal errands for Li and feeling like the professor’s “personal secretary.”