Vernon Jordan, a prominent civil rights leader and champion for historically Black colleges and universities, died on Monday evening. He was 85. 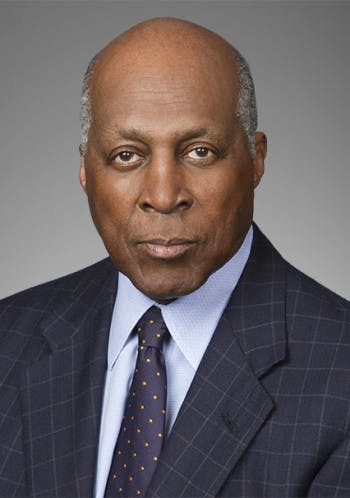 A political powerbroker, Jordan was close friends with President Bill Clinton, but was also friendly with political leaders from both parties, including George W. Bush.

He earned his law degree from Howard University and served for many years on the school’s board of trustees.

Known for his work as president of the National Urban League, Jordan also worked as a field director for the NAACP and as a director of the Southern Regional Council for the Voter Education Project. In 1980, he survived an assassination attempt on his life.

“He was never too busy to give good advice and encouragement to young people. And he never gave up on his friends or his country,” Clinton said. “He was a wonderful friend to Hillary, Chelsea, and me, in good times and bad. We worked and played, laughed and cried, won and lost together. We loved him very much and always will.”

Born on August 15, 1935, Jordan grew up in the segregated South and graduated from DePauw University in Indiana in 1957, the only Black student in his class. He then studied law at Howard University and began his career fighting segregation, starting with a lawsuit against University of Georgia’s integration policy in 1961 on the behalf of two Black students, Hamilton Holmes and Charlayne Hunter. Jordan accompanied the two students to the UGA admissions office that year through an angry mob of White students.

Marc H. Morial, the current president of the National Urban League, praised Jordan as one of “its greatest champions of racial and economic justice.”

“He was a transformational leader who brought the movement into a new era,” said Morial.  “He was a personal mentor and dear friend. His passing leaves a tremendous void that can never be filled.”