The Federal Trade Commission is sending approximately $50 million to former University of Phoenix students following a settlement over deceptive advertising accusations for UP, NBC News reported. 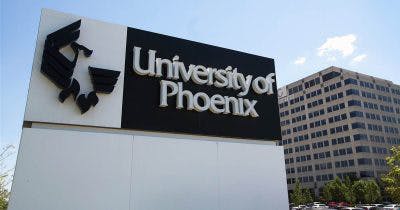 This comes as part of a 2019 $191 million settlement over allegations the university ran advertisements falsely claiming relationships with companies such as AT&T, Yahoo!, Microsoft and Twitter. The deceptive ads claimed the school could leverage these relationships to create job opportunities for its students.

The nearly $50 million will go to about 147,000 students who: enrolled at the online school between Oct. 15, 2012 and Dec. 31, 2016; paid more than $5,000 with cash, grants, federal and private student loans, or military benefits; did not get debt cancellation as part of the settlement; and did not opt out of UOP providing the student’s contact information to the FTC, NBC News reported.

$141 million of the $191 million settlement will go towards cancelling debts eligible students owe to the university.