Lauren Robel to Step Down from Executive Positions, Returning to Faculty

Lauren Robel will step down as Indiana University Bloomington provost and IU executive vice president, effective June 30. She will return to the faculty. 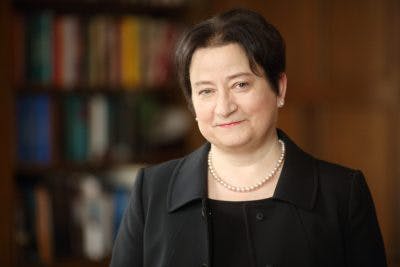 Robel played a key role in the changes at IU Bloomington. She was involved in the creation of five new schools at Bloomington and also oversaw the 2018 establishment of the Center for Rural Engagement.  The center is responsible for 235 projects in 40 Indiana counties to meet health, education, housing and other challenges.

Robel is the Val Nolan Professor of Law in the Maurer School of Law. She also chairs the Big Ten Academic Alliance – composed of Big Ten provosts – which she helped found.

An interim provost will be announced by the end of next week.