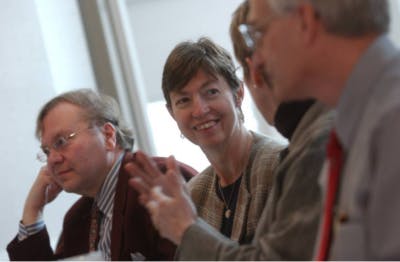 Fox is the only woman to have led NC State University, having been appointed chancellor in 1998.

In 2004, Fox left NC State to be chancellor of University of California San Diego, becoming the first woman to be appointed permanent chancellor.

Born in Canton, Ohio, Fox was a nationally recognized scientist. At University of Texas, she was a chemistry professor and vice president for research.

President George W. Bush named Fox to his board of science and technology advisers.

She held a bachelor’s degree from Notre Dame College, a master’s degree in organic chemistry at Cleveland State University and a Ph.D. from Dartmouth University.