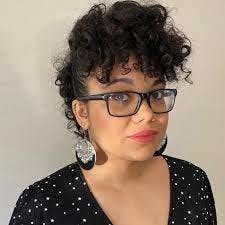 Dr. Danielle Morgan, assistant professor of English at Santa Clara UniversitySanta Clara University's investigation of four campus security officers who allegedly harassed a Black professor and her brother on campus in 2020 found that the officers "violated university policy," yet there was "no evidence" of racial bias, according to The Mercury News.

The University's president, Lisa Kloppenberg, said in a statement that the investigation, conducted by an independent investigator, revealed "no evidence that any of [the Campus Safety officers] acted with, or were motivated in their actions by, racial animus or bias toward" the professor or her family.

The professor, Dr. Danielle Morgan, is one of a handful of Black faculty members in the College of Arts and Sciences. Morgan, an assistant professor in the English Department, had tweeted in 2020 that officers asked her to show ID in her home to prove that she lived there.

The news sparked outcry on social media with students and faculty of color saying that they are treated unequally on campus. Only 2% of the University's students are Black.

During the University's investigation, the officers were placed on administrative leave. Soon, they will return to campus given the findings.