After years of public criticism and protest from climate activists, Harvard will at last divest from fossil fuels, announced the university's president, Dr. Lawrence S. Bacow.

Currently, less than 2% of the university's $42 billion endowment — or roughly $800 million — is "indirectly 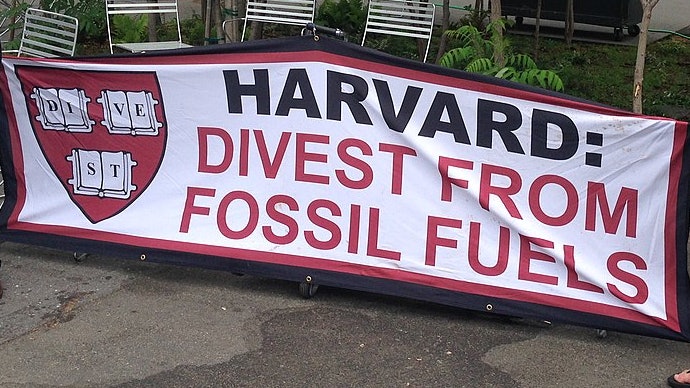 Photo by Victor Grigasinvested" in private equity funds that have holdings in the fossil fuel industry, according to Harvard Management Company, which oversees the endowment. However, once Harvard's partnerships with these equity funds expire, Bacow says the university has no intentions of renewing them, calling the indirect investments "imprudent" amid "the need to decarbonize the economy and our responsibility as fiduciaries to make long-term investment decisions that support our teaching and research mission."

“So long as Harvard follows through, this is divestment,” Connor Chung, an organizer for Fossil Fuel Divest Harvard, told The Harvard Crimson. “This is what they told us for a decade they couldn’t do, and today, the students, faculty, and alumni have been vindicated.”

Fossil Fuel Divest Harvard has been around since 2012. Within that time, notes The Crimson, supporters of the movement have filed legal complaints against the university, staged protests across campus, gained seats on school governance boards and stormed the field at a 2019 Harvard-Yale football game.

“Honestly, I thought Harvard would never divest,”  wrote William E. “Bill” McKibben, founder of climate campaign group 350.org and a former Crimson president, to the student newspaper. “That it finally did is an enormous tribute to generations of Harvard students who have never let up, and to faculty and alumni who backed them up.”