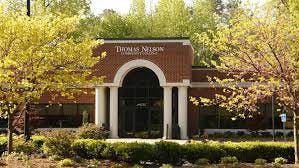 "Narrowing the list of suggestions down to three was no small task," said Dr. Towuanna Porter Brannon, president of Thomas Nelson, in a local news report. "However, when speaking with diverse groups of students, faculty, staff, and alumni about the new name, one theme continued to emerge - 'Virginia Peninsula Community College represents me.' I believe we have identified a name that is welcoming, inclusive, and representative of our unique region."

Thomas Nelson's board voted unanimously in February to change the school's name to better reflect the institution's values of inclusion and diversity.