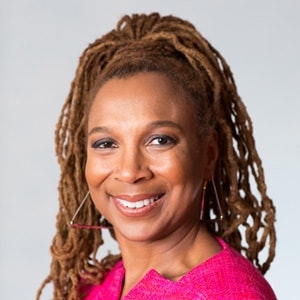 AALS is a nonprofit organization of 176 law school members and 18 fee-paid law schools.

Crenshaw is known for coining the concept intersectionality, which looks at how class, gender, race, and other characteristics overlap and compound in forms of systemic discrimination and inequality in society. Throughout her career of more than 35 years, she has advanced studies on civil rights, critical race theory, feminist legal theory, and race and the law.

She is a 2021 recipient of Diverse's  Dr. John Hope Franklin award.

"I would have been delighted to have received the AALS Triennial Award under any circumstances, but it is especially heartening to be honored by my colleagues at a time in which critical race theory and intersectionality have become targets of censorship and legal prohibition in many parts of our country," said Crenshaw. "This extraordinary award elevates my hope that the legal academy will stand firm against the deepening crisis over independent thought, free speech, and democratic participation, ensuring the next generation will understand better the challenges to our multiracial democracy that we are struggle with today."

Crenshaw will be the sixth AALS Triennial Award recipient.

"Professor Crenshaw maintains that social justice writing, scholarship, activism should not be about talking into a vacuum; rather, they should involve talking back against the systems of thought, against the assumptions, against the power that has lined up throughout history to tell us that some of us are not worthy of being full citizens and that some of our dreams are not worthy of being realized," said Angela Onwuachi-Willig, dean of Boston University's School of Law.