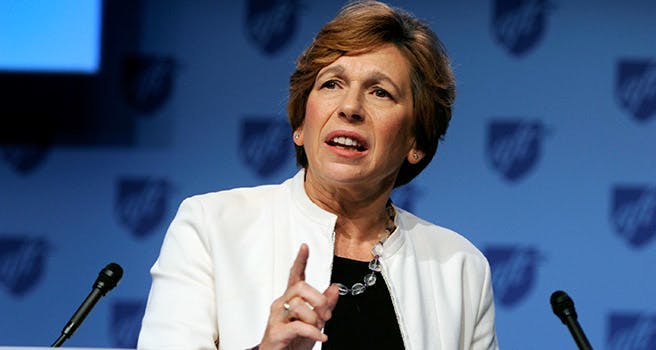 Randi Weingarten, president of the American Federation of Teachers (AFT)The American Federation of Teachers (AFT), one of the country's largest teacher labor unions, alongside the president of AFT, Randi Weingarten, and eight individual AFT member plaintiffs reached a settlement with the U.S. Department of Education on the government's management of the Public Service Loan Forgiveness (PSLF) program.

Under PSLF, tens of thousands of applicants working in public service and consistently paying their monthly student loan bills were supposed to have their loans forgiven after ten years. Yet fewer than 2% of applicants received relief since the program started in 2007.

"The AFT has fought hard for years to make PSLF work for the borrowers it was intended to help, and with this settlement, we have ensured that a promise made is a promise kept," said Weingarten of the case Weingarten v. DeVos, which had been filed in July 2019. "Congress pledged relief to those who dedicated their lives to serving the public, but 98% got a debt sentence instead. Today is a day of vindication for the millions of borrowers who took the government at its word but were cruelly denied through no fault of their own."

As part of the agreement, PSLF applicants who were denied relief can have their cases reviewed by the Department of Education. The settlement also discharges the remaining loan balances of the eight individual plaintiffs, getting rid of almost $400,000 of student debt among them.

"This agreement unravels the Gordian knot of PSLF's implementation and shows the power of advocacy and collective action," added Weingarten.