White House correspondent April D. Ryan will return to her alma mater, Morgan State University in Baltimore, to serve as keynote speaker for its fall commencement on Friday, December 17. This year marks a return to in-person commencement exercises, though masks will still be required for the more than 500 anticipated graduates, faculty members, university officials and guests.

A 1989 graduate of Morgan State and a Baltimore native, Ryan began her career as news director for a Baltimore radio station before joining American Urban Radio Networks where she was retained to be the Washington bureau chief and White House correspondent for the national syndicate. She remains a White House correspondent to this day, having reported on five U.S. presidents, and is currently a CNN political analyst and Washington, D.C., bureau chief for TheGrio. 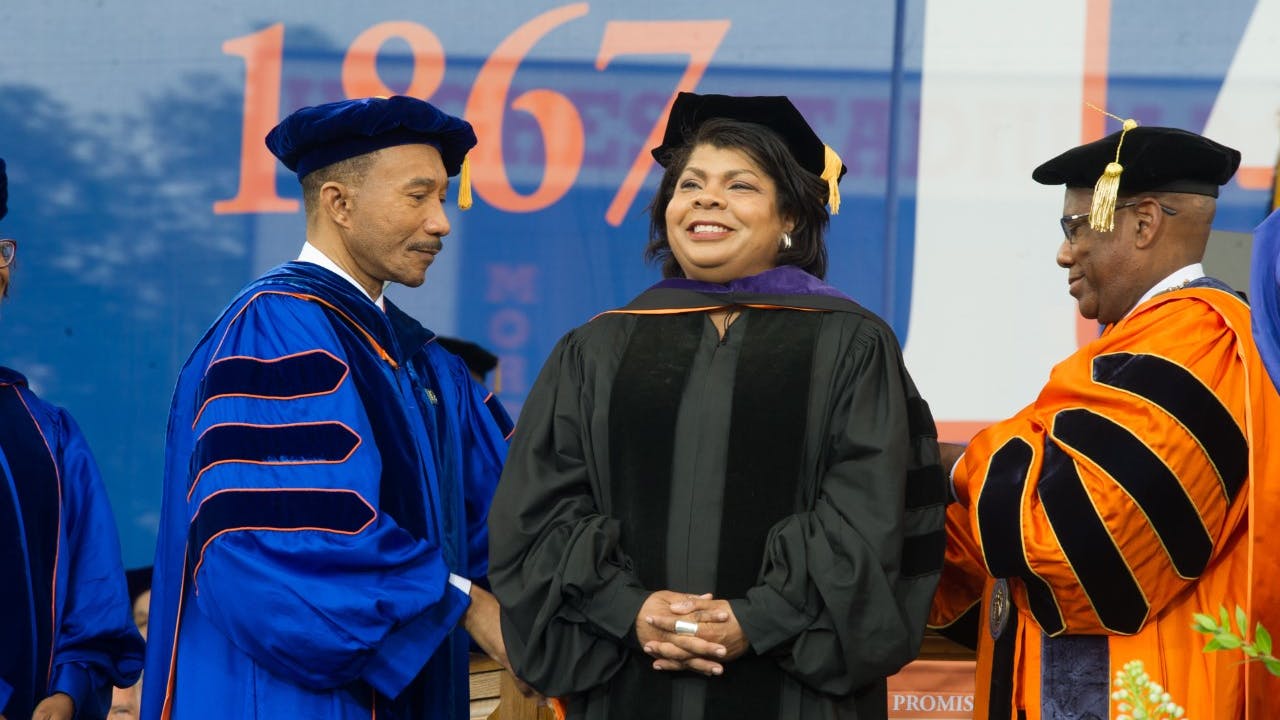 Ryan has garnered numerous accolades throughout her career. In 2017, she was named “Journalist of the Year” by the National Association of Black Journalists; in 2019, she was recognized as the Freedom of the Press Award Winner by the Reporters Committee for Freedom of the Press, and in 2011, she became the third African American elected to the prestigious White House Correspondents Association in its 107-year history. She is an award-winning author. Her latest book is Under Fire: Reporting from the Front Lines of the Trump White House.

Ryan last spoke at a Morgan State commencement ceremony in 2017, during which she received an honorary Doctor of Laws degree. This year marks a return to in-person commencement exercises, though masks will still be required for the more than 500 anticipated graduates, faculty members, university officials and guests.