Grandfather-Granddaughter Duo Graduate Together at UTSA

A 23-year-old woman graduated alongside her 88-year-old grandfather at the University of Texas at San Antonio last month, reports abc news. 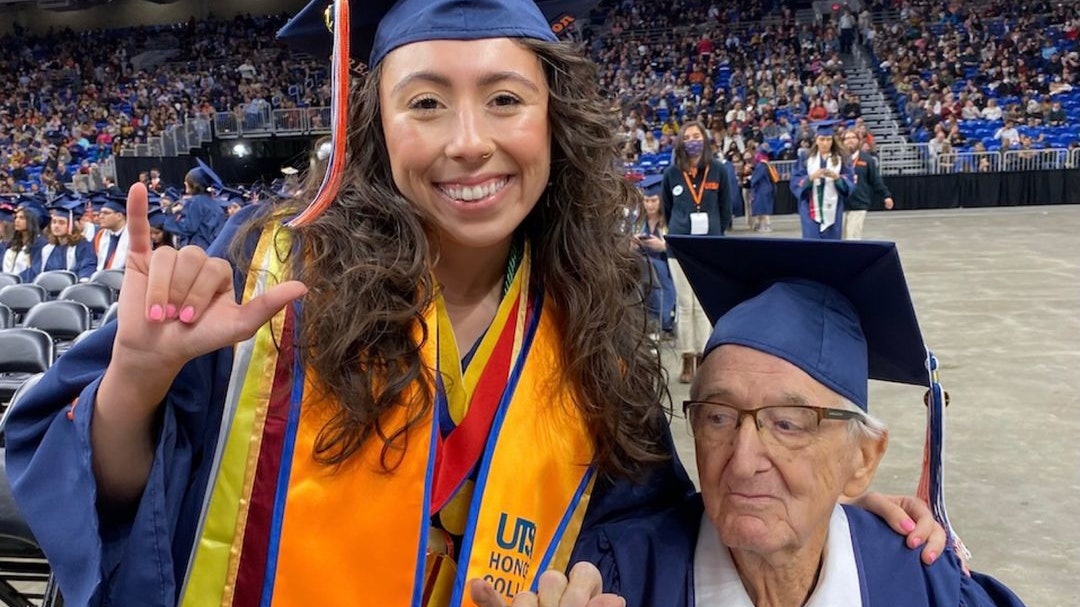 UTSAAfter putting his education on hold to raise a family more than half a century ago, Rene Neira, resumed his classes again in 2016, enrolling at Palo Alto College alongside his granddaughter, Melanie Salazar. In 2017, they both transferred to UTSA, where they carpooled and studied together.

On Dec. 11, Salazar walked her grandfather onto stage where he earned a Degree in Recognition while she received her B.A. in Communication.

“Rene is terminally ill and in hospice now, but he’s just a few credits away from earning his bachelor’s degree in economics,” the university explained in a Facebook post.

According to the university, “The crowd erupted into applause as Rene and Melanie received their diplomas together."