Legendary poet and activist Dr. Maya Angelou is the first Black woman ever to appear on the the U.S. quarter, reports CNN. 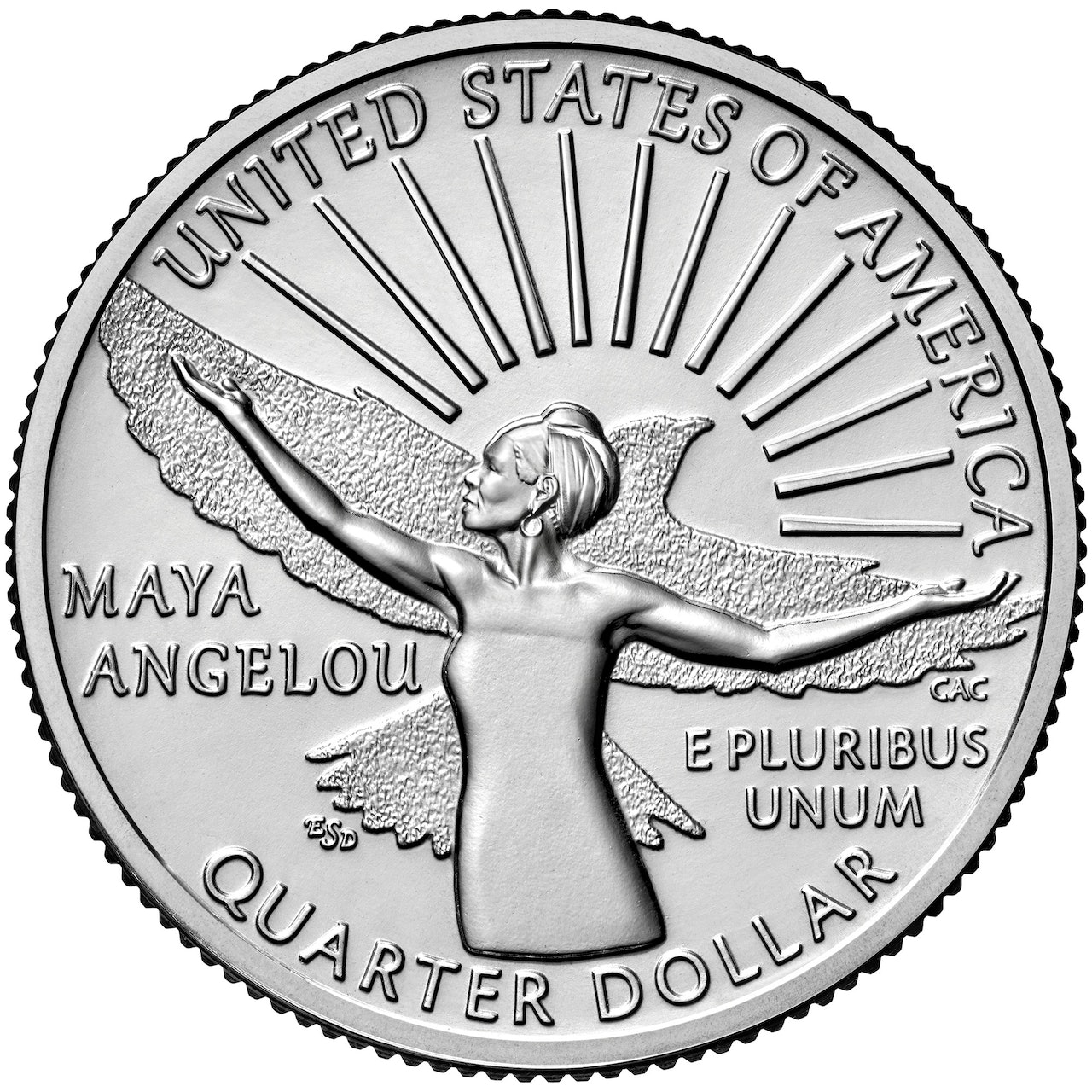 Angelou's coin — which went into circulation on Monday — is the first in the American Women Quarters Program. Commemorating the centennial of the Nineteenth Amendment to the United States Constitution, the program is issuing up to five designs featuring prominent American women each year from 2022 to 2025.

While the "heads" side of the coin still features George Washington, the "tails" side depicts Angelou lifting her arms to the sky while a flying bird and rising sun outline her silhouette.

A writer, poet, performer, social activist and teacher, Angelou published more than 30 bestselling titles, including her groundbreaking autobiography I Know Why the Caged Bird Sings. She was the recipient of more than 30 honorary degrees, and, in 2010, President Barack Obama awarded her the Presidential Medal of Freedom. Diverse presented her with the Dr. John Hope Franklin award in 2004.

"Each time we redesign our currency, we have the chance to say something about our country -- what we value, and how we've progressed as a society," Treasury Secretary Janet Yellen said in a statement. "I'm very proud that these coins celebrate the contributions of some of America's most remarkable women, including Maya Angelou."