After 10 weeks of striking for better pay, benefits and arbitration in alleged misconduct cases, student workers at Columbia University have at last reached a tentative agreement with the administration, reports The Scientist. The Student Union Student Workers of Columbia — which has roughly 3,000 members — will vote on the contract later this month. 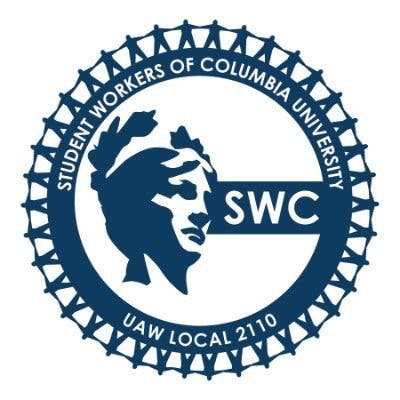 If ratified, the four-year contract would provide retroactive pay raises of no less than 4% this academic year to Ph.D. students, plus an additional 2% for union dues, followed by 3% raises each of the following three years. Master’s and undergraduate student workers would receive retroactive pay increases of no less than 5% this year and 3% each year after. Additionally, regardless of academic program, year-long appointments would have salaries of at least $43,100 after dues.

Notably, the contract also provides access to independent arbitration or mediation for students who have claims of discrimination and harassment, meaning they will be able to hire outside lawyers.

“We are thrilled to reach an agreement with Columbia after seven years of building toward this first contract,” Ph.D. student Nadeem Mansour, a union bargaining committee member, said in a statement. “What our members achieved is impressive, but this is only the start. We look forward to building on our strong union culture to ensure the university continues to meet the needs of student workers.”

“There is no doubt that this has been a challenging period for the University, yet all who were involved in collective bargaining shared the common goal of creating a stronger Columbia for those who teach and learn, conduct research, discover and innovate, work and study here,” said the university’s provost, Dr. Mary Boyce, in a statement. “I am optimistic that when the new academic term begins on January 18, Columbia will fully return to the normal rhythm of academic life, and to the pursuit of intellectual accomplishment and personal fulfillment that brings each of us to this great University.”