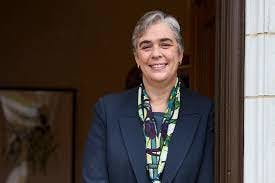 "Sarah is a dynamic leader and a thoughtful listener whose values and vision mirror those of Whitman," said Joe Davis, chair of the Board of Trustees at Whitman, a liberal arts college in Washington. "She believes a great liberal arts education like Whitman's is more important than ever—preparing students to impact the world in ways that are so greatly needed at this moment."

Bolton, who is a physicist, brings more than 25 years of higher education experience. When she became president of The College of Wooster in 2016, Bolton created the college's first diversity, equity, and inclusion strategic plan. Before her position at Wooster, she worked for more than 20 years at Williams College, first as a professor and then as Dean of the College. At Whitman, she said that she is excited to take the helm.

"I had a great opportunity in the course of the interviews to hear from everyone from current students to recent graduates to people who had graduated decades ago, and they all spoke about the transformative power of their Whitman education," said Bolton.

She earned her Bachelor of Science in physics and biophysics from Brown University, followed by a Master of Arts as well as a doctorate in physics from the University of California, Berkeley. Her research focuses on novel, nanostructured materials and uses lasers to measure how energy moves in quantum mechanical systems. Bolton has received several teaching awards and fellowships as well. She joined the faculty at Williams in 1995 and became a full professor in 2007 as the first woman in physics to do so at the College.