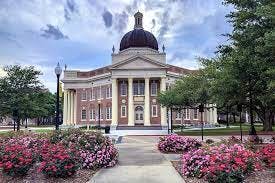 ACUE offers the only nationally recognized higher education teaching credential that is endorsed by the American Council on Education, one of the nation's largest higher education advocacy organizations.

In 2016, ACUE began partnering with USM, a public research university, to help train faculty in teaching methods aimed to close equity gaps among students. Across USM, more than 200 faculty have been a part of the ACUE Faculty Development Institute since the partnership started.

The recently released study analyzed USM enrollment data from 2017 to 2019. Among the findings were that first-year student retention was 3.7 percentage points higher among students who were taught by ACUE faculty compared to students who were not.

"The Implementation of our ACUE Faculty Development Institute has made a significant impact on teaching practices and student success over the past five years at The University of Southern Mississippi," said Dr. Steven R. Moser, provost at USM, in a press release about the study's release.

"We are seeing a supportive faculty network emerge through our cross-disciplinary cohorts of faculty fellows," added Dr. Amy Chasteen, executive vice provost at USM, in the press release. "Participants in the Faculty Development Institute support one another's teaching and overall success as faculty members, resulting in new community connections across the university as well as powerful impacts in the classroom."

The latest retention findings are part of a series of longitudinal studies that USM and ACUE researchers have been conducting.