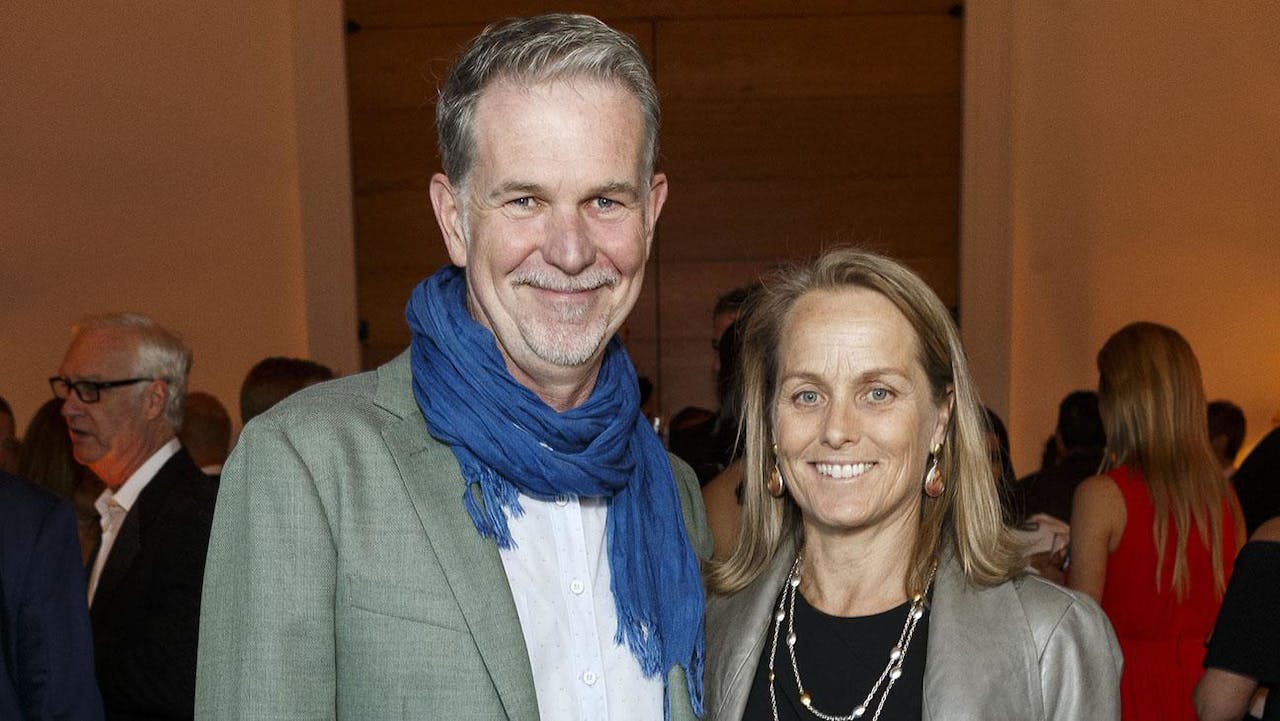 Netflix's co-CEO Reed Hastings and wife Patty QuillinDrew Altizer PhotographyReed Hastings, co-CEO of Netflix, and his wife, Patty Quillin, an independent film producer, are donating $10 million to Tougaloo College, one of the nation's historically Black colleges and universities (HBCUs), and to the college's partnership with Brown University.

"HBCUs have been vastly undervalued for a long time," said Hastings and Quillin in a joint statement. "They have an incredible track record of graduating so many Black leaders across the U.S.—doctors, lawyers, engineers, and more. By investing in the extraordinary students who attend Tougaloo and Brown, we're investing in America's future."

Of the couple's total gift, $5 million will support scholarships at Tougaloo in Jackson, Mississippi. Another $5 million will establish the Brown-Tougaloo Partnership Scholarship Fund at Brown in Providence, Rhode Island.

The Brown-Tougaloo Partnership began in 1964 during the civil rights movement. It has since connected more than 760 students, faculty, and staff from both institutions via fellowships, academic exchanges, research projects, and other initiatives. This recent gift from Hastings and Quillin is the largest ever to the Partnership.

"The remarkable personal gift to the historic Brown-Tougaloo Partnership from philanthropists Reed Hastings and Patricia Quillin will transform the lives of Tougaloo College students," said Dr. Carmen J. Walters, president of Tougaloo, in a statement.

Walters said the funds will provide need-based scholarships to undergraduates at Tougaloo. The Brown-Tougaloo Partnership Scholarship Fund will have an estimated initial annual payout of between $200,000 and $250,000 to help Tougaloo students pay for costs that include tuition for graduate or medical studies at Brown and for undergraduate semester exchange programs.

Two years ago in 2020, Hastings and Quillin donated $120 million to two HBCUs, Spelman College and Morehouse College, as well as the United Negro College Fund for scholarship programs. Hastings has a net worth of about $4 billion through Netflix stock holdings, according to recent reports.