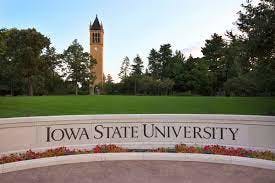 "The decision to end AAU membership is driven by Iowa State's commitment to its mission, strengths, and impact," said a statement from ISU's provost office. "While the university's core values have not changed since joining the association in 1958, the indicators used by AAU to rank its members have begun to favor institutions with medical schools and associated medical research funding."

Current annual AAU membership dues are $139,500. The association's most recent tax forms indicate that the vast majority of its revenue in 2018 came from such dues.