First, Black students who took college preparatory courses in high
school scored higher on the ACT than Black students who did not take
them. In many all-Black school systems, very few students who took
the ACT had completed the more rigorous courses. Without
encouragement and support from educators and parents, students took
easier courses that did not prepare them for higher education and higher
ACT scores.

The study also showed a racial gap in ACT scores between Black
and white students who had taken the core college courses in high
school. In most of the all-Black, financially starved school districts, the
college preparatory curriculum was weak. Few teachers had the training
to teach the content. Instruction did not cover the entire curriculum.
Yet lurking in, the data were examples of districts that were just as
Black and just as poor whose students scored higher than similar
school systems. Educators in these districts placed high priority on
college preparation and worked to ensure that their students succeeded.
Since the mid-1980s, when LDF’s research was published in
Mississippi’s Future — Will the Schools Meet the Challenge?, the I rate of
Black high school seniors completion of college preparatory courses has
risen dramatically, almost closing the racial gap By 1993, when Avers v.
Fordice was in the District Court, Black participation in those courses was
55.1 percent, compared 59.5 percent for white students.

The racial gap in ACT scores has not been closed, however. This is
traceable to the fact that Black children start school at a disadvantage
due to the disproportionately higher rates of poverty for Mississippi’s
Black population and because of the state’s low
investment in pre-school and K-12 schooling. The plaintiffs in Ayers v.
Fordice made a strategic error by failing to ask the court to join the state
board of education headed by Gov. Fordice to the higher education case.
The remedy for unequal educational opportunities for Black students
and for the survival of historically Black colleges lies, to a very large
extent, in raising the quality and standards of the pre-collegiate
educational system.

The outcome of Ayers v. Fordice can benefit both Black students and
Black colleges. Students will meet higher expectations for academic
performance asked of them — particularly if, instead of predicting doom,
their parents, teachers, and ministers support and demand higher
standards from schools and students. Better prepared for college,
students will not only gain admission, but they will actually graduate.
The goal must be not just access to higher education but also reduction
of the college dropout rate.

Academically stronger students will raise the quality of
historically Black colleges, institutions that have been and are
so vital to the Black community. Student retention and graduation
rates should improve. Less money will need to be spent on
remedial courses to make up for deficiencies in elementary and
secondary schools. More resources can be devoted to strengthening
the college academic program, especially in stronger
preparation of those graduates who will go into teaching in
Mississippi’s public schools. The perception of the inferiority of
historically Black institutions will one day be
eliminated. 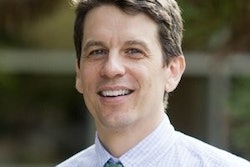