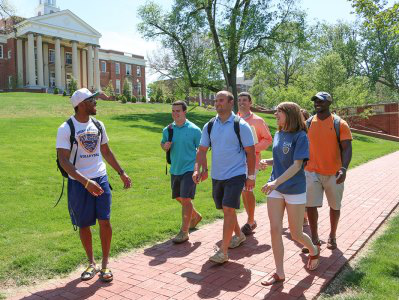 College enrollments, which have struggled to hold their own during the nation’s protracted economic slowdown that began in 2008, showed some bright spots this fall amid overall losses. ­The widespread rapid-fire growth of enrollment between 2000 and 2013, reflected in National Center for Education Statistics data, continues to elude traditional four-year institutions according to a sampling of initial fall enrollment numbers and reports.

More and more institutions have folded online student enrollment into their numbers, some are counting so-called dual degree students (those who are taking full college loads while finishing high school) and community colleges are being more widely included in national estimates.

Still, with some specific exceptions, overall enrollment appears flat to lower than this time a year ago, say higher education officials across the nation. ­There is no consensus in their analysis of the emerging enrollment reports, save a widely shared empirical view that Latino and Asian population increases are accounting for much of what enrollment gains are being felt.

Institutions reporting higher enrollments this fall cite a combination of factors for their good news. Louisiana’s Southern University & A&M College System and others credit additional recruiters on the ground during recruiting seasons.

North Carolina Central University cites simplification of registration processes and improved teamwork with alumni. Still others, such as Diné College, credit establishment of stronger ties with high schools and community colleges that resulted in more reliable transfer pipelines for students to pursue and complete degree programs.

­Those reporting lower enrollments today than this time a year ago say it reflects predictions they had made earlier, couching those reports in assurances of actions already underway to stem and even reverse their respective slides.

“I’m hopeful we’ve turned the corner,” says Dr. Ray L. Belton, president and chancellor of the Southern University & A&M College System, expressing a sentiment offered by several university administrators around the country discussing their latest enrollment updates and the actions behind them.

In Louisiana, where a cost-cutting governor has slashed state support for its institutions for several years now, the five-campus Southern University System reported its “first significant enrollment gain in nearly a decade,” with an overall rise of 490 students to 12,884 full time.

Belton and other Southern officials cite stepped-up recruiting efforts, strengthened partnerships with area high schools and community colleges, and a beefed-up recruiting staff as key factors in the enrollment reversal, despite state-aid cuts for the student-aid dependent institution.

Belton, a veteran of Louisiana’s higher education system, says Southern’s enrollment, like that of many of its peer institutions, is still recovering from the enrollment blows of a few years ago due to a combination of developments.

Family financial resources shrank as the nation’s economy weakened. At the same time, the federal government, the principal source of student aid for most middle- and low-income students, slowly downsized the key Pell Grant federal aid program, then reduced access to the once widely accessible Parent Plus Loan (PPL) program.

Renewed efforts at recruitment and retention, simplifying enrollment processes, knocking on more philanthropic doors and persuading alumni to do more have all stemmed from this combination of blows to higher education, university officials say.

“We have to do even more,” says Belton, echoing others.

As at Southern, signs abound of new strategies and promising results.

At North Carolina Central University (NCCU), hard hit in recent years by state budget cuts and the loss of hundreds of students to PPL program cuts, enrollment this fall rose 4 percent to 8,018 full-time students from 7,687, according to the university.

Describing herself as one who is “constantly mining data” for ideas and suggestions, Leach says that her review of the university’s recruitment and enrollment files helped clearly identify high school students who leaned toward NCCU as a “first choice” based on their FAFSA financial aid form. She had her team target those students for recruitment and enrollment. The idea succeeded, she says.

“That put us on a different mindset,” says Leach. “We were able to track [the enrollment prospects] better. Our marketing and recruiting strategy for first-tier FAFSA was critical” to the enrollment strategy.

Another low-cost idea that stemmed from her data mining, she says, was when she discovered a pattern of where possible NCCU transfer students had abandoned the institution. The university did this based on the recommendation from the Transfer Imperative Action Plan commissioned by NCCU Chancellor Debra Saunders-White. By expediting the transfer admission process and removing any unnecessary obstacles, Leach and her team were able to streamline the process and increase the response rate, ensuring a smoother path to matriculation.

Meanwhile, NCCU’s alumni gave operational changes a boost this year when it exceeded its $6.2 million goal and raised $7.6 million, largely for scholarship aid.

“The Dual Credit Program has taken off for the college,” says Bitok. “ … We have also strengthened the retention of continuing students and improved the quality of support services we are providing.”

In California, where the continuing challenge facing most institutions is allowing more students in at a time when state aid is still declining, the slightly higher enrollment at California State University, Fullerton — 38,948 vs. 38,128 this time a year ago ― mirrored the experience of most of the state’s colleges.

On the mixed-news side, Tennessee’s 13 public community colleges reported an average 6 percent rise in full-time student enrollment to 13,500, compared to a year ago, crediting much of the boost to the state’s new free tuition “Tennessee Promise” program for all state residents who enroll full time in community college.

In one example, cited by the Nashville-based newspaper The Tennessean, the report noted that full-time enrollment at The University of Tennessee at Martin was down some 13 percent compared to the same enrollment count this time a year ago.

Among the host of historically White institutions that have embraced “diversity” as a core value, Guilford College, the North Carolina liberal arts institution founded by Quakers in 1837, was comparable to a large share of institutions reporting slightly up or down enrollment.

In the case of Guilford, with a combined minority population of almost 40 percent, the college reported 1,911 students enrolled this fall compared to 2,135 this time a year ago. Despite the small dip, Guilford is staying focused on its need to adapt to quickly changing college demographics, including older students and more transferees, says Arlene Cash, vice president for enrollment management at Guilford.

“Colleges have to look at enrollment differently than 10 years ago,” says Cash, former vice president for enrollment management at Spelman College. “We’re trying to be responsive [to an ever-changing market].”

Amid Falling Enrollment, SC State Board of Trustees Fires Its President