In the Wake of Disaster, the 2020 Election

I sit here today writing from the pit of my stomach. I have a dirty little secret. I have only shared this secret with my mother who expressed deep disappointment in me. However, I choose to share this now because it is important. I did not vote in the 2016 presidential election. Please let me explain.

In 2016, I was a newly minted PhD barely having survived the pathway to the doctorate. In August of 2016, in a matter of weeks, I moved across the nation from Santa Monica to Philadelphia to start a post-doctoral fellowship. A new city, a new title, a new institution. Academia does a great job at uprooting you from all you know to start all over again, again, and again.

I did not know if I was coming or going. I was without my family and a strong sense of community. Depression hit quickly and so did the 2016 presidential election. Academia was not kind and neither were the political parties campaigning. Who was I as a Latina academic? Who cared if I voted or not? I lost my voice, purpose, and political identity. 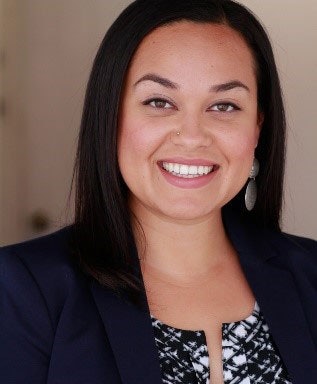 I actually thought, “No one, in their right mind would vote Trump into office!” “Is he even qualified?” and “It can’t get worse.” I will never forget waking up to the voice of Anderson Cooper on the morning of November 4, 2016 announcing that Trump had been elected as the 45th President of the United States.

DISASTER struck then and it continues today.

I want to be clear that our democracy, like institutions of higher education, were never designed nor created with someone like myself in mind. My mother taught me a chilling lesson once I disclosed to her on November 4, 2016 that I did not vote. She stated, “It all matters Nichole. You did exactly what they wanted you to do! You gave up your privilege to exercise your right to vote!” She was right.

This election year, I took ownership of my mistake and my privilege to exercise my right to vote as a form of resistance. I voted early by mail in ballot. I write this in a liminal space as the 2020 presidential election is still undecided. The Pew Research Center reported that as we entered the 2020 presidential election, Latinx were the largest racial and/or ethnic group eligible to vote. According to the Pew Research Center an estimated 32 million Latinx were eligible to vote in this election year. COVID-19 restrictions, states resorting to mail-in ballots for safety, and social media have contributed to the political polarization of our democratic government and voting suppression. The fight for the Latinx vote among political parties is strong and could potentially swing the outcome of the election.

Despite our political affiliations, I argue that the Latinx community is experiencing four disasters: COVID-19, economic recession, climate change, and structural violence that further perpetuates colonialism, White supremacy, and racism. Regardless of the outcome, the presidential administration and leadership will impact how higher education is governed, funded, and experienced for the next four years. This concerns me as it relates to Latinx college access, retention, and completion.

The Center for Disease Control (2020) reported that COVID-19 has disproportionately affected the Latinx community as they are four times more likely to be hospitalized than their White counterparts. For Latinx communities, a rising fear, anxiety, language barriers, limited access to health care, and a need for basic necessities has only widened the educational achievement gap for K-20+ educational settings. What does this mean for the Latinx community and the students we serve?

Through the CARES Act the Higher Education Emergency Relief Fund (HEERF) was established and, allocated $14 billion to aid institutions across the nation. These funds are intended to defray costs occurred by institutions of higher education that were forced to close, relocate or are limited in operation due to a natural disaster. Students were to apply for relief funds through their respective institutions. How has and will climate change, governmental response, displacement, national economic health, and local-state economic differences effect Latinx students while simultaneously establishing a sense of belonging within higher education contexts that already struggle to create inclusive climates for students of color?

Since taking office, Trump has picked three Supreme Court Justices. These appointments will have long lasting ramifications on how the law is exercised throughout states. Specific to higher education, Affirmative Action and Freedom of Speech continually are up for debate and questioned. The point is, historically disaster has already plagued Latinx communities. The presidential administration and leadership only exasperate a longer history of pre-existing structural violence against Latinx communities based on colonialism, White supremacy, and racism. How have you supported Latinx students, and other underrepresented populations, during this pandemic and election year?

I lost my voice and vote once. My mother made it a point to educate me on the importance of my mistake. It will not happen again, and I have actively encouraged all of my students to get out and do their part. In our virtual learning environments, they have offered me hope and joy. They remind me to be a change agent, scholar-activist, and that my voice matters. Thank you!

Dr. Nichole Margarita Garcia is an assistant professor of Higher Education at Rutgers University, New Brunswick. You can follow her on Twitter @DrNicholeGarcia