University presidents, conference commissioners and athletics and campus leaders at 130 Division I Football Bowl Subdivision (FBS) institutions are still mainly comprised by White men, according to a new report by The Institute for Diversity and Ethics in Sport (TIDES) at the University of Central Florida (UCF).

The report card assigned the following grades for racial and gender diversity within FBS conferences and schools: gender hiring received an “F”while racial hiring received a “C” for an overall grade of a “D.”

Though the overall results were hardly impressive, racial and gender hiring did improve in several areas over the past year, including the increase in the number of women presidents and presidents of color.

The report also found that though some campus and athletic leadership positions achieved small increases in diverse hiring compared to last year’s data, only 14.6 percent of athletic leaders were held by people of color and 19.5 percent by women. There were no female Asian or Native America athletics directors at FBS colleges and universities. 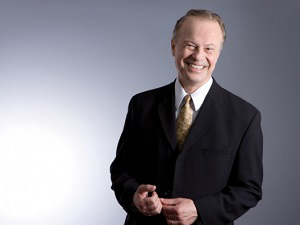 Dr. Richard Lapchick, director of TIDES at the University of Central Florida

“All of the conference commissioners of the Power Five Conferences were – and always have been – White men,” the report said. “They are considered to be some of the most powerful and influential people in college sport.”

As a result of the lack of racial and gender diversity found in past reports, the National Collegiate Athletic Association (NCAA) decided to adopt “The Pledge and Commitment to Promoting Diversity and Gender Equity in Intercollegiate Athletics” in September 2016, which urges institutions to commit to “achieving ethnic and racial diversity, gender and inclusion,” to reflect the diversity “of our membership and our nation.”

Though 862 schools and 10 conferences signed the pledge as of July 2018, there has been a minimal impact on ethnic and gender diversity, as shown in the report findings.

“You could look at almost any website of any university in the country and diversity and inclusion are one of the pillars that are mentioned,” said Dr. Richard Lapchick, the director of TIDES and Endowed Chair & director of UCF’s DeVos Sport Business Management Program. “Those are great words, but they have to be actions that follow.” 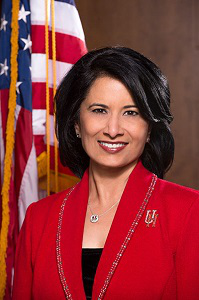 Dr. Renu Khator, president of the University of Houston, said colleges and universities across the nation need better representation from women and minorities.

“That’s what diversity brings to the table whether on the corporate board or in any sector. This is especially true at universities where we are responsible for addressing the critical need of creating a culture that embraces respect and diversity,” she added.

Lapchick said that higher education institutions should mandate a diverse pool of candidates for any major positions in the university, including faculty positions.

Doing this will help students decide what college and university best suits their needs, while also pushing  athletic departments be more “steadfast” in hiring candidates that represent their student body, Lapchick said.

Khator agreed, adding that hiring committees should have a “strategic and intentional approach to recruitment” that “requires reaching out to national groups and leaders who can help identify candidates.”

This year’s report is the 25th issue of the Racial and Gender Report Card by TIDES and is the second year that hiring practices among all 130 FBS schools received a “grade” for diversity in university and athletic leadership.