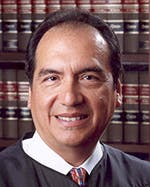 U.S. District Judge Ricardo Martinez also dismissed claims for breach of contract, due process violations, defamation and violation of the state constitution.Dr. W. Gary Olson admitted granting “ghost credits” for no work to qualify low-income, part-time graduate students for financial aid that was available only to full-time students at the University of Washington.

Olson, who was assistant dean of student affairs at the School of Social Work, said he believed that university policies requiring satisfactory completion of 10 credits per semester made it “more difficult for economically poorer students to maintain their financial aid status.”

Most recipients of ghost credits were minorities or had disabilities, he contended, and some faculty members were aware of what he was doing.

He claimed to be following a “university-wide practice of awarding non-degree credits to those students in an effort to lessen the discriminatory effect of the general minimum credit requirement.”

Olson acknowledged that there was no proof the School of Social Work and university did discriminate against disabled or minority students through their policies.

But regardless of Olson’s motives and whether they were “altruistic,” an internal audit showed ineligible students had collected more than $200,000 in financial aid, creating a “significant negative impact” on the school and the university.
He resigned under threat of being fired in 2011. The university later released the internal audit report in response to a freedom of information request, leading to press coverage of the controversy.

That’s how court decisions by U.S. District Judge Ricardo Martinez in Seattle described the situation that led to Olson’s lawsuit against the university.

The latest ruling tossed out Olson’s suit for retaliation and other claims.

Martinez rejected his argument that the university illegally retaliated for exercising his free speech rights. Although Olson’s intent to use his blog to publicize the availability of non-degree credits touched on a “matter of public concern,” he never did post that information, Martinez said.

In addition, the act of awarding ghost credits was not a constitutionally protected form of speech, the judge said.
Martinez said the university’s motivation for discipline was what Olson had done and the substantial financial loss he caused, not his plan to publicize the availability of non-degree credits.

The judge also dismissed claims for breach of contract, due process violations, defamation and violation of the state constitution.

The decision by U.S. District Judge Carl Barbier came in a suit by Dessie Sanders, an adjunct English professor whose contract wasn’t renewed at the end of the fall 2013 semester.
Sanders contended that the contract wasn’t renewed because she refused to help the English Department coordinator to “constructively terminate two white female professors in her department” because they “do not understand the Black experience.” The suit also alleged other retaliatory acts by the coordinator.

Barbier said Sanders “failed to allege any facts whatsoever to support her claims for Title VII discrimination or violations of the Equal Pay Act.” He also found no basis for claims of intentional infliction of emotional distress, defamation and negligence.

However, the judge held that the complaint was sufficient to allow Sanders to try proving Dillard terminated her in retaliation for engaging in a protected activity, namely opposing the department coordinator’s allegedly illegal plan to terminate two professors because they are White.