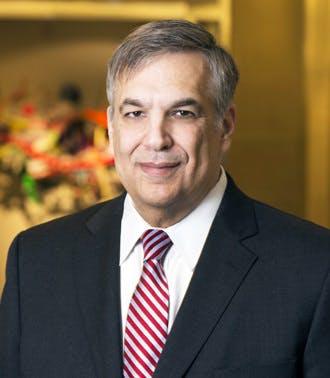 In response to a number of racist and bias-related incidents on Syracuse University’s (SU) campus, the university announced the establishment of the Board of Trustees Special Committee on University Climate, Diversity and Inclusion.

The committee is set to review SU’s current diversity and inclusion programs and will develop new policies. There are seven trustees on the committee who will focus on residential and student life, academic experience and safety, according to the Daily Orange.

Additionally, the Independent Advisory Panel, which is comprised of four non-affiliated SU members, will observe the university’s campus climate and report its findings to the committee at the end of the semester.

In November, at least 12 racist and anti-Semitic incidents occurred on campus all within a two-week period, alarming students, parents, alumni and staff. A swastika drawn in a snowbank, graffiti targeting Black, Asian, Native American and Jewish students and an email to a Jewish faculty member – Writing Rhetoric and Composition Professor Dr. Genevieve García de Müeller – telling her: “Get in the oven where you belong.” The list goes on.

But the series of hate crimes has also inspired ongoing campus activism.

In the aftermath, a student movement called #NotAgainSU emerged, occupying the Barnes Center at the Arch  for eight days and submitting a list of demands to university administrators, most of which were accepted by Chancellor Kent Syverud. Demands included clarifying the university’s policy on hate speech, hiring more counselors from underrepresented backgrounds, requiring diversity training for faculty and expelling anyone involved in the racist incidents.

The protest drew support from student associations across the country, with groups like the Black Student Union at Louisiana State University, University of Rochester Black Students’ Union, the Towson Freedom School and New York College Democrats issuing statements in solidarity. Academic departments, like the writing and rhetoric department at Bowling Green State University, also came out with statements of support.