Players on the Albion College men’s basketball team are calling for the public suspension of head coach Jody May and an apology from the school after May – who is white – allegedly used a racial slur in practice on Dec. 28, News 8 reported.

May then tried to give his reasoning again during practice and repeated the slur four times, according to players. He apologized later that day, but the apology seemed scripted and not genuine, one player said.

“I really didn’t feel comfortable practicing anymore,” one player said. “I was in disbelief that he could say those words to me as a Black male.”

May was on unofficial suspension for three games. But although the players discussed the matter with Interim President Joe Calvaruso and Dean ​Leroy Wright, one player said the admins told them to “rip off the band-aid,” and they felt pressured to heal faster.

“May has torn us down as people and his choice of words showed a lack of respect toward the majority of his team,” one player said. “We are still in shock from his degrading and abusive actions and feel we cannot fully repair our personal and athletic relationships with coach May.”

The team was also told May would resume coaching Jan. 9. For their Jan. 7 game, 10 of 16 varsity players didn’t participate in protest of May’s actions and the school’s response.

“The guys that did play support us. They just wanted to play basketball,” a player said. “If nobody would have played, our president was planning on canceling our season.”

“I genuinely don’t think (May) is a racist coach,” one player said. 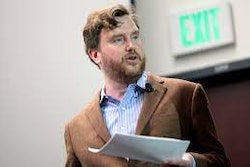