While COVID-19 had a disproportionate impact on many marginalized communities, one of the hardest hit populations were incarcerated individuals. By March 2022, two years after the pandemic began its catastrophic spread across the United States, over 588,000 cases of Covid spread through the U.S. prison system. A prison’s close quarters quickly blossomed into infection hotspots, and so far over 3,000 incarcerated people have died from the virus.

While 49% of incarcerated individuals have faith in medicine, doctors, and the health care system at large, only 9% are confident in the care of doctors and healthcare within prisons, according to a March 2022 report from the Correctional Association of New York, an independent organization that monitors the state’s prison population.

“People in prison do not trust medical staff in the prisons to make decisions that will impact their health in a positive way,” said Wanda Bertram, communications strategist at the Prison Policy Institute, a nonprofit and nonpartisan research and advocacy organization working to end mass incarceration. “This is why we have been, for a long time now, calling on prisons to boost vaccine acceptance by increasing education from trusted members of the community.”

People in prisons tend to trust community leaders or other people who have been or are incarcerated, said Bertram, people like those who work with JustLeadershipUSA, an organization that offers leadership training for previously imprisoned individuals. Now, thanks to a National Institutes of Health grant, JustLeadershipUSA and Yale University Department of Internal Medicine specialists are coming together to build trust in vaccinations.

“People who are locked up don’t have positive views of prison medical staff and might be inclined to say, ‘if the prison doctor wants me to get the vaccine, I don’t want to get it,’” said Bertram.

The project, "Addressing Vaccine Acceptance in Carceral Settings through Community Engagement" (ADVANCE), will allow primary investigators like Dr. Lisa Puglisi, assistant professor of medicine at Yale, and Dr. Saad B. Omer, professor of medicine and epidemiology at Yale, to study and better understand how community influence and support can decrease vaccine hesitancy.

“Too often, prisons and jails are siloed and excluded from public health efforts,” said Puglisi in a statement. “This study provides an exciting opportunity to produce rigorous research on strategies to improve vaccine uptake in these marginalized populations that include incarcerated people and correctional staff.”

DeAnna Hoskins, president and CEO of JustLeadershipUSA, said decisions regarding an inmate’s health are often made without including them.

“It’s critically important to build trust by our voices being part of the conversation, in order to understand why and what drives the reluctance we may have to trusting the healthcare system,” Hoskins said.

“People in prison deserve much better healthcare access than they’re getting. It’s common for incarcerated people to put in requests to see a nurse or a doctor and then be turned away—there’s not enough resources to accommodate those requests,” Bertram said, citing data collected from the Bureau of Justice Statistics which found that only one in five prison inmates has ever received a visit from or has gone to a doctor in prison.

“We’ve already seen a huge wave of deaths from Covid in prisons,” said Bertram. “As much as can be done to prevent those deaths going forward is a positive thing.” 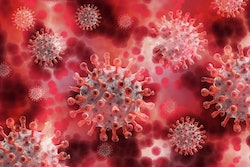