Perspective: Beyond Borders—STEM Education as a Global Priority 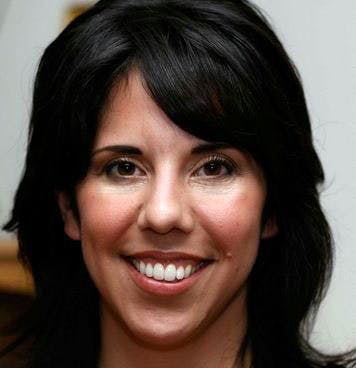 Dr. Lorelle L. Espinosa, a Senior Analyst at Abt Associates, writes about the national imperative of building and sustaining a diverse STEM pipeline.

In less than a month, I will be traveling to Australia as a 2012 recipient of an Australian Endeavour Award, an international scholarship sponsored by the Australian government that provides study, research and professional development opportunities between Australia and the world. Australia, like the U.S. and a host of other nations, has set its sights on transforming higher education in an era of increased demand for postsecondary degrees and credentials. Also, like the U.S., Australia has a newly formulated agenda for growing its international presence in science, technology, engineering, and mathematics (STEM) fields—an effort that will also grow its national economy and local talent base.

As I prepare for what is sure to be an unforgettable professional and personal experience, I am knee-deep in reports put forth by Australia’s national and state governments. I’m reminded of the need for America’s education scholars and practitioners to think beyond our borders and find ideas and inspiration in the work of our international peers as they too focus on educational and workforce goals.

Many parallels exist between the U.S. and Australia. They too have postsecondary degree completion goals, performance funding models, a vocational education and training system worthy of envy, and a diverse higher education landscape of public and private providers. And, like the U.S., Australia knows that, in order to strengthen STEM higher education (and thus its workforce), it must not only attract top international talent, but also grow its talent at home.

Yet, as in the U.S., Australia’s STEM degree completions have flattened and, in some fields, have declined. So, too, Australia’s women are greatly underrepresented in certain STEM fields, such as engineering, and students from low-income backgrounds and living in remote areas of the country (of which there are many in Australia) often have limited educational opportunities overall, let alone access to rigorous math and science schooling or role models in STEM fields. The latter is especially true for Australia’s indigenous population.

Fortunately, there are promising steps being taken in both countries, not the least of which is a national government with an increasingly sharp focus on improving access and persistence in STEM fields, as well as related state and local efforts. Finding its own parallels with the February 2012 report by Obama’s President’s Council of Advisors on Science and Technology (PCAST) that presses for the transformation of STEM higher education, Australia’s “Office of the Chief Scientist” has released a series of reports and is in the process of rolling out initiatives on strengthening Australian STEM education, research and innovation.

In his May 2012 report, Australia’s Chief Scientist, Ian Chubb, outlined his top recommendations for greater participation in STEM—in this case with an emphasis on K12 preparation—and further highlighted actions being taken by countries other than Australia, “in part to emphasize that we [in Australia] are not alone in facing the issues we face, and that many countries are now taking substantial action as they attempt to reverse the trend of declining interest from students at the exact time that the demand for these [STEM] skills in the workforce is increasing.”

Australian states, like the U.S., are examining educational outcomes, local workforce needs, and the role of the increasingly dynamic vocational and university sectors. For example, Queensland is focused on K-12 learning, vocational education and training (of which one-third is delivered in STEM fields), and undergraduate course content that meets industry demands; South Australia is aligning policy and programmatic priorities to support new and existing initiatives with a focus on evidence and best-practice; and there are burgeoning conversations and action taking shape in Western Australia and Tasmania.

Just as in America, it is crucial for Australian policy officials, education and industry leaders, and community stakeholders to take advantage of this momentum and further the progress of underrepresented students as it concerns access to a quality math and science education for long-term socioeconomic mobility and a place at the table of innovation.

And it’s clear that America, Australia or the host of other countries tackling these tough issues are not going it alone. As I argued in a piece authored for the Association of American Colleges and Universities, diverse perspectives in STEM as achieved by ensuring broad participation are critical; as is collaboration in the face of another pronounced STEM narrative of national and global competiveness.

There is a clear balance to strike as we seek to work across international borders, share respective challenges and successes, and work toward a diverse and equitable global STEM workforce.

Dr. Lorelle L. Espinosa, a Senior Analyst at Abt Associates, writes about the national imperative of building and sustaining a diverse STEM pipeline.