$11 Billion Could Change Education and Life on the Reservation

This funding is part of the $1 trillion bipartisan infrastructure bill, which passed through the Senate in August. The U. S. House of Representatives agreed to advance the bill, but it’s still waiting for a final approval vote, which should happen on or by September 27. House Speaker Nancy Pelosi has said she is committed to the bill’s passage.

For Carrie Billy, president and CEO of the American Indian Higher Education Consortium (AIHEC), the funding could mark the beginning of a new opportunity to build stronger tribal nations.

The funding could ultimately improve educational access, opportunities, and community—if done correctly. But currently, the National Telecommunications and Information Administration’s Department of Commerce has restricted these broadband funds from Tribal Colleges and Universities (TCUs) and tribal governments, and the cost of broadband, electrical, and water services in rural areas brings its sustainability into question.

“There will finally be drinking water in a lot of homes that don’t have safe drinking water—to have running water, to have electricity, to have broadband access—that’s critically important and life changing,” said Billy. “But being able to pay for it long-term is a challenge right now.”

Tribal nations have been underfunded for decades, sometimes longer. Funding requests from the Bureau of Indian Education (BIE) to the federal government have gone under-matched, sometimes returning as little as 57% of the requested support, according to the 2018 U.S. Commission of Civil Rights.

The effect of this lack of investment is clear. According to the Government Accountability Office, poor conditions at the schools results in greater economic strife on the reservations. The high school dropout rate on the reservation is 68%, more than twice that of students outside the reservation system. The needle on college degree attainment barely moved between 2000 and 2017. Only 16% of Native Americans receive a bachelor’s degree or higher and only 27% receive an associate degree or higher.

Dr. Cheryl Crazy Bull, president of The American Indian College Fund, said that the challenges students face when they struggle to meet their basic needs are often “beyond people’s imagination.”

“A lot of people in the [U.S.] just assume [everyone has] education access. That’s not an assumption that any of the people in our community can make, even with Tribal Colleges right there,” said Crazy Bull.

Increasing tribal access to internet and cell service, said Crazy Bull, will have a “significant impact on [tribal communities] to do all kinds of things. Take classes, telehealth, or email your kid’s teacher—things that people take for granted.”

Not having to worry about basic needs and having easy access to questions in the digital realm will “help students overcome the barriers to matriculation,” she added.

When the pandemic first hit, TCUs across the country battled with old or outdated technology to set up functioning wireless connections. Many used CARES Act funding to pay for the installation of broadband hotspots or wiring, but now their bills are sometimes ninety times the national average for internet access, said Billy.

“That’s unsustainable." she said. "Unless Congress does something, it’s going to be impossible to continue to pay for a monthly internet fee.”

Service in rural areas are often place-bound and limited in number, and there are currently no safeguards in place to keep upcharges down, like categorizing broadband as a utility. But those TCUs able to install or improve their wireless connections did experience a windfall: an increased number of students from outside the reservation who signed up to take language or cultural classes.

This can be especially important for tribal members who had to leave the reservation in search of jobs or other opportunities. Crazy Bull said she hopes increased digital access will “help us build stronger relationships, restore relationships between rural and urban Indian populations.”

Virtual access could create an environment that allows more people in the nations to become teachers. When Cherokee Nation Principal Chief Chuck Hoskin Jr. spoke with President Joe Biden in early August, he emphasized that access to broadband will help community elders share their languages and culture, one of the main missions of TCUs.

“We could have more people trained in areas that are priorities for tribes, management oversight of natural resources, health services in our communities, the cultural part of it that underpins all of that,” said Crazy Bull. “It’s being able to teach specific things that are needed in our communities.”

As those in Indian country wait for official passage of the funding, Billy is looking ahead for the next bill that can make all the new possibilities realities.

“It’s not just putting something in and walking away, there’s a purpose for this,” said Billy. “The purpose is to rebuild tribal nations.” 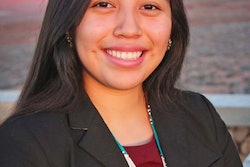 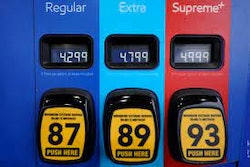