Affordable, culturally based education in a supportive learning environment.

That’s how Congresswoman Suzanne Bonamici of Oregon described Tribal Colleges and Universities (TCUs) on Tuesday at a hearing held by the Higher Education and Workforce Investment Subcommittee to discuss the history and contributions of TCUs and how the federal government should best support them. This was the third congressional hearing focused on the importance of Minority Serving Institutions (MSIs) in helping historically marginalized students succeed.

“TCUs were founded, in part, to help combat cultural erasure after the systematic decimation of Native communities. These communities have been deeply marked by historical trauma, stemming—in part—from the use of education as a tool of government-forced assimilation,” said Bonamici. “TCUs now play a critical role in protecting and preserving culture and traditions. They also provide support to Native American students to help them succeed and meaningfully contribute to the self-governance of their Nations.”

Across the aisle, Republicans focused their time on President Biden’s rumored plan to cancel student debt. Some pointed out that, because all but one TCU do not participate in the federal student loan program, any potential debt cancellation would be unlikely to have an economic impact in Indian Country.

“Republicans tremendously value the role of all MSIs, including TCUs,” said Congresswoman Mariannette Miller-Meeks of Iowa. “However, we’ve had three hearings on MSIs and zero hearings on the need to reform student loan programs.”

TCUs offer some of the lowest tuition rates in the country, averaging at about $3,000 per year. While some TCUs receive small supplements from their states, they are almost entirely dependent on tribal and federal funds. The largest ever influx of federal funds came during the COVID-19 crisis, when the Coronavirus Aid, Relief, and Economic Security (CARES) Act, the Higher Education Emergency Relief Fund (HEERF), and the American Rescue Plan directed $367 million toward TCUs.

Carrie Billy, president and CEO of the American Indian Higher Education Consortium (AIHEC), offered testimony on the critical role TCUs play in improving the economic circumstances of their surrounding communities.

Dr. Sandra Boham, president of Salish Kootenai College, a TCU in Pablo, MT, said that her administration used $100,000 of their COVID-19 funds on mental health, working to normalize mental health conversations and offer culturally responsive health care services for all students, regardless of tribal affinity.

“We had [underlying mental health issues] before the pandemic, but we did not have the resources to address them—that resulted in a lot of suicidal ideation, attempts, and completions with our reservation community,” said Boham, who added that students would stop out of their education due to mental health struggles.

One of the most important uses for the COVID funds was the ability to create and upgrade internet infrastructure, sometimes installing ethernet cable in areas that had no coverage prior to 2020, said Billy.

“If you look at Verizon or AT&T service maps, the empty spots on those maps are where Indian Country is, what’s left of it,” said Billy. “TCUs have partnered with K-12 schools to provide free wireless to K-12 schools and families.”

Boham countered that no student can concentrate on achieving accreditation when they are worried about their basic needs. Approximately 70% of TCU students reported facing food insecurity in 2019, according to a #RealCollege survey conducted by The Hope Center, a research center focusing on inequity in higher education. That same survey found that 30% of TCU students reported experiencing homelessness. These rates, the survey concluded, were far higher than experienced at other, non-tribal institutions.

“That’s where a lot of our [COVID-19] resources went—supports around mental health, food insecurity, housing insecurity, support for parents and children, supporting their children to go to childcare, and also reducing tuition,” said Boham.

Billy used a portion of her time to acknowledge this hearing was one of a very few that Congress has ever held to discuss the needs and importance of TCUs.

“At TCUs, one of the things students learn that they don’t get at other institutions is a focus on their identity—their self,” said Billy. “They take Native language courses, cultural activities on campus that are integrated with the community, so they learn who they are as people. That sense of community is very strong at TCUs and doesn’t exist anywhere else.” 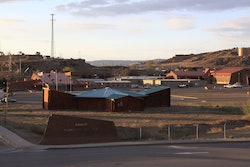 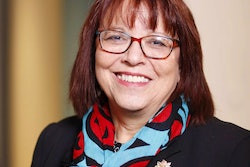 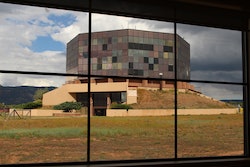