Interfaith Youth Core (IFYC), a nonprofit for interfaith cooperation, is giving out about $200,000 to faculty and staff to fund projects at the intersection of racial justice and interfaith work on their campuses.

The organization will accept new applications through March 1, 2021.

The awards are a part of the We Are Each Other’s campaign, an outgrowth of Black Lives Matter protests this past summer.

“We were really thinking a lot about how do we respond to this moment of dual crisis, with COVID-19, with the renewed conversation around racial justice that was happening around the country,” said Jenan Mohajir, IFYC’s senior director of leadership.

She and others have been brainstorming where the organization’s expertise in interfaith leadership fit in.

Amid an economic downturn, she sees the funding as an opportunity to jumpstart initiatives that might not otherwise happen right now. The organization is offering $1,000 Racial Equity and Interfaith Cooperation Awards for campuses working at the intersection of racial justice and interfaith collaboration and $500 Educator Curriculum Awards for faculty crafting curriculums around these issues or using IFYC’s new online curriculums for interfaith leaders. As a part of the campaign, one of the curriculums is focused on interfaith cooperation and civil rights, exploring the historic ties between faith communities and the Civil Rights Movement.

To Mohajir, racial equity is a crucial part of interfaith work. 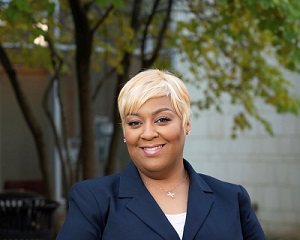 “Interfaith leaders are leaders who create spaces where people are able to bring their whole selves and be in relationship with one another, recognizing the deep differences that exist in that space because of the fact that we’re bringing our whole selves, and then thinking about how you then … build bridges across those differences to work on common action and common good,” she said. “There’s no way to invite folks to come into those rooms as their whole selves and not talk about racial justice.”

Rev. Paul Brandeis Raushenbush, IFYC’s senior advisor for public affairs and innovation, emphasized that the interfaith movement, in the history of religion, is relatively new and has room to grow.

“It’s always been dynamic,” he said. “We want to continue the dynamism of interfaith work and recognize that to be a vibrant part of the conversation in the 21st century we have to invite everyone to the table with their full selves … As America becomes so diverse in every way, we really want to be hosting conversations and inspiring conversations that go deep and are very welcoming of where people are – and that includes a conversation about racial equity right now, because it’s what matters.”

“If interfaith cooperation, if interfaith engagement, is to matter,” he added, racial equity has to “really matter” to the people engaging in it.

After two cycles of applications, IFYC has already given out about $176,500 to 124 campuses and 38 interfaith leaders across the country.

Schools are using the funding in a variety of ways. Howard University, for example, plans to use its funding to host the first annual HBCU interfaith virtual conference.

From Neal’s perspective, religion is too often left out of conversations about campus diversity, when it’s actually an important identity for students that can serve as an “area of light” during a socially isolating time. Administrators are “scratching our brains” trying to figure out how to provide mental health supports, she said, and allowing students to express this part of themselves is a critical resource.

The interfaith component is “going to re-instill a sense of wholeness and leaning into the parts of identity that are not often elevated to make students participating in the program aware that there are pieces of themselves that they can tap into that will help them to navigate adversity,” she said.

She sees herself as a “merger person,” both a person of faith and an academic, and finds that communal “righteous indignation” can be a “resounding instrument” for fighting anti-Black racism.

“Righteous indignation is a level of anger toward injustice where we want to find solutions,” she said.

By connecting interfaith work and racial justice organizing, she wants her campus to embrace an “offensive posture” to racial equity work that includes an array of identities.

She believes that approach can invoke a “creativity that can make a campus better, innovative, upfront, ahead of the curve,” she said. She hopes that, with these initiatives, “we are being cohesive in the ways that we look at how each person, each individual community, may look different but can bring something that will catapult the campus itself and the work that the campus does into another level of engagement and just a new realm of thought.”