Editor’s Note: Diverse: Issues In Higher Education has announced the three distinguished 2018 recipients of the Dr. John Hope Franklin Award. Dr. William R. Harvey is the final profile  in a series this week.

Over the span of 40 years, Dr. William R. Harvey has led Hampton University to new heights of excellence, making it one of the premier higher education institutions in the country. 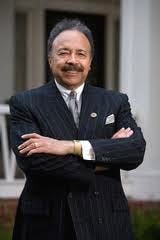 Under Harvey’s leadership, the university initiated 92 academic programs at the undergraduate and graduate levels, added 28 new structures to campus, expanded research into medical and other STEM fields and sustained an 866 percent increase in the university’s endowment, totaling more than $250 million.

The Harvard graduate and trailblazer owes his calling to be a leader in higher education to his parents, who valued the importance of education, and to the military discipline he experienced while serving in the United States Army immediately after graduating from Talladega College.

“I saw leaders leading people with some of the same kind of tenets that my parents had taught,” Harvey says — honesty, integrity, respect for oneself and others, accountability and loyalty. “It was a natural coming together of leadership, education and business. It’s just what I am … an educator and a businessman.”

From the beginning, Harvey told Hampton’s Board of Trustees that he “was going to run Hampton like a business for educational objectives.”

In many ways, he has done just that, adding to the 150-year legacy and vision of the founder and first president of Hampton, Gen. Samuel Chapman Armstrong.

Gen. Armstrong, Harvey says, wanted strong academic programs and, as important, character development for students. Today, the tenets instilled in Harvey and Armstrong manifest themselves in the guidance and education received by Hampton students.

“Everyone doesn’t like what we’ve done here, but we think that we’ve done the right thing,” Harvey says, subtly referring to Hampton’s policies around drug use. “We want students to be our leaders and we teach them, we train them, in that regard.”

Whether a student intends to be a doctor, lawyer or community leader, faculty and administrators must ensure that students “understand the importance of leadership, giving back and service,” he adds. “So I’m really doing what the founder founded this institution to do. The record speaks for itself.”

College access and giving students an opportunity to succeed are also at the forefront of the longtime educator’s agenda. When he arrived at Hampton in 1978, Harvey implemented a “20-percent rule” where 20 percent of the entering class could be students who did not meet the set admissions requirements.

Between the first and fourth year, Hampton officials noticed that the academic gaps between that 20 percent of students and the other 80 percent narrowed completely, signaling that “what we do is working,” Harvey says. “I believe in access. We believe in competition, as well. But we also believe in giving folks chances.”

Moreover, Hampton is the first and only historically Black college or university to solely control four NASA satellites and instruments in orbit that are conducting research on the ionosphere and other space frontiers. The campus also hosts an area-exclusive, $5-million, NASA-funded weather antenna that student and faculty researchers use to explore weather data and systems.

Harvey notes that he could not have made Hampton the institution that it is today without the support of his team of faculty, staff, donors and the community at large.

“It’s the team at Hampton that has achieved those things,” Harvey says. As the institution’s top executive, he says a leader must be able to follow, as well. “Everybody may not be on board [with an idea], but somebody else may have a better idea. You’ve got to understand that.”

That 17 officers who worked under Harvey have gone on to become presidents of colleges or CEOs of organizations is a testament to Harvey’s mentorship abilities.

“I teach this. I talk about this. I demonstrate this,” Harvey says. “Outside of my family, Hampton is my life.”

Going forward, Harvey will set the path to ensure that Hampton can stay the course, “making sure that young people understand that old-fashioned philosophy of hard work, excellence, trust, character,” he says. “These things are just as important, if not more so today than they ever were in life, and that’s why we’re here.”