DALLAS—A coalition of nonprofit organizations have partnered in a new effort to call on states, cities and institutions to incorporate evidenced-based strategies into their College Promise initiatives. 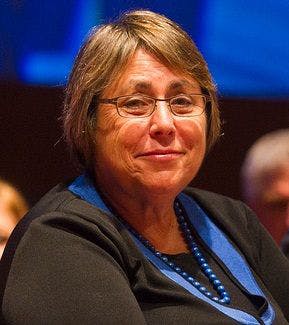 Completing College America, the College Promise Campaign and Achieving the Dream have initiated the effort which includes, among other things, encouraging institutions to adopt onboarding advising to help students choose a program of study within their first academic year; ensuring students enroll in critical math and English courses; and showcasing organizations that have successfully secured increased retention and higher graduation rates.

“We know that college degree is a key driver of social mobility, and efforts all over the country are making great strides to throw open the doors of our colleges and universities to many more students,” said Blake Johnson, Vice President of Complete College America. “We’re proud to partner with these incredible organizations to ensure the promise we are making is not just one of access, but ultimately of college completion.”

In recent years, Promise programs have emerged in more than 200 communities across 44 states, including 16 statewide programs that have been created by legislation or executive orders.

“This is one of the best programs, in terms of level and scale, that I’ve seen in the country,” said Bumphus, who moderated a panel discussion on the topic at AACC. “This program hits all of the marks.”

Dr. Martha Kanter, the executive director of College Promise Campaign, said that the national, nonpartisan initiative to build broad public support for funding the first two years of higher education is having an impact.

“The College Promise is old,” said Kanter, who served as the Under Secretary of Education during the Obama administration. “There is nothing new about the College Promise Program, except what you are doing in it.”

Kanter said  access to college was virtually free for many years, but things began to change after Word War II. She said the rising costs of an education, coupled with a litany of other programs including homelessness and food insecurity, have contributed to the challenges that many college-going students face.

Dr. Karen A. Stout, President and CEO of Achieving the Dream, said  College Promise efforts vary from state to state.

“These programs take different forms,” she said, adding that many institutions have embraced Open Education Resources, which allows  free access to  digital textbooks and other resources for students working to earn full degrees.