During the 2018-19 school year, the University of Vermont (UVM) will host a three-day weekend retreat that specifically targets White students in order to discuss topics such as privilege, inclusivity and racism.

This will be the fourth time that the Asian-American, Latino, African-American and Native American (ALANA) Student Center will host “Examining White Identity: A Retreat for Undergraduate Students Who Self-Identify as White.”

On average, 15 to 20 students attend the free retreat annually alongside UVM staff members. 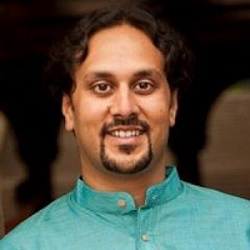 “UVM’s Examining White Identity Retreat is a voluntary initiative that explores issues of identity, diversity and culture,” said Enrique Corredera, director of news and public affairs at the University of Vermont. “This noncredit-bearing retreat is designed to engage students who want to become more understanding and effective allies in confronting racism and supporting students of color at UVM.”

According to the retreat’s website, students will “conceptualize and articulate whiteness from a personal and systematic lens, recognize and understand White privilege from an individual experience, focus on the impact of White privilege in the UVM community and beyond and build a community of dialogue and support in taking action against racism.”

The retreat’s activities consist of personal reflection time, small-group discussions and big-group discussions in order to focus on designated topics. Students are expected to answer questions such as “What does it mean to be White?” and “How can we make UVM a more inclusive community?”

“Self-awareness is a critical component of learning how to develop empathy for others,” said Dr. Amer F. Ahmed, founder and CEO of Massachusetts-based AFA Diversity Consulting. “Just as there is a great need for men to discuss masculinity and privileges with regards to gender identity and inequity, there is a value in White students doing so, as well. When one is part of a historically privileged group, it is normed in a manner in which we tend not to think about it as much as those who have been historically marginalized.”

According to the Catamount Data Center, the public university’s undergraduate student body is almost 81-percent White. The university’s annual tuition for Vermont students is $15,504 while out-of-state students pay $39,120.

A few years ago, the retreat was mocked by Todd Starnes, who hosts his own radio talk show on Fox News, in his article headlined “Blame the White Guy 2015.”

Examining White Identity: A Retreat for Undergraduate Students Who Self-Identify as White “is a bit wordy for a t-shirt, in my humble opinion,” wrote Starnes in his article. “They should’ve just called it ‘Blame the White Guy 2015.’”

He also mocked the retreat’s concept of self-identifying as White.

“I’m also having a difficult time understanding what it means to self-identify as White,” wrote Starnes. “Is that someone who belongs to a country club, cuts the crust off his bread and doesn’t have any discernible rhythm?”

However, despite such criticism, UVM believes that the retreat would be beneficial for students.

“This retreat is an example of the varied programs available at many universities to assist students in their quest for better understanding of culture and history in order to become responsible global leaders,” said Corredera. “It is a piece of a broad array of different offerings for students to facilitate meaningful and civil dialogue and expanded awareness and insights across a range of diverse backgrounds with respect to difficult and important societal challenges.”

In addition to “Examining White Identity,” UVM hosts other retreats that highlight race within the community, including the Women of Color Leadership Retreat.

The dates for this school year’s retreat has not yet been announced. Last year, it took place during UVM’s spring semester.