A recent study revealed that four in 10 corporations and almost half of academic institutions believe that recent graduates lack certain so-called “soft skills” needed in the workforce to be successful, including emotional intelligence, complex reasoning and negotiation and persuasion. 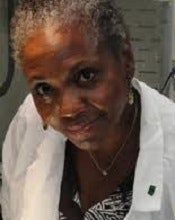 While hard skills are “easily measured,” soft skills “are more of the intangibles that are hard to access and measure,” according to Dr. Marcheta Evans, provost and vice president for academic affairs at Our Lady of the Lake University.

Employers are now more focused on interpersonal skills rather than GPA, according to the study. In response, some universities are releasing extracurricular transcripts that demonstrate a student’s individual skills in addition to grades.

Such activities can provide a window into soft skills that employers increasingly are demanding in the workplace, from teamwork and self-regulation to multicultural competency and perseverance.

“Businesses are learning that [GPA] was an artificial measure of how successful the student could be on the job,” said Dr. Cheryl Talley, an associate professor of neuroscience at Virginia State University. “It is an easy measure to have, to assess and to look at on the resume. But if this wasn’t correlating with how successful you’d be on the job, then it’s an artificial measure.”

In recent years, technology has changed the workforce and how people communicate with one another.

Due to the evolution of the workforce, Evans said, adaptability is important. 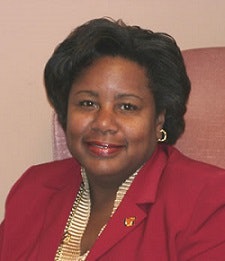 “A lot of times I think young people get a bad rep in regards to their communication skills,” said Evans. “They have the technology and sometimes they communicate in short form on their phones. It’s just a different form of communication that they are used to, but it doesn’t mean that they don’t know how to communicate.”

In addition to the belief that recent graduates lack soft skills, nearly eight in 10 American adults agree that if there is not a development of a more talented workforce, the United States will fall behind other countries, according to a Gallup-Lumina Foundation survey.

Within the Bloomberg study, both corporations and academia found teamwork, analytical reasoning, complex problem-solving, agility and adaptability to be the most important soft skills.

Talley said is not surprised by the study’s findings because she believes that K-12 education mostly focuses on standardized testing, which doesn’t assess soft skills.

Such testing “has been the focus of 12 years of [students’] education,” said Talley. “Why are we surprised that they lack other skills?”

However, though learning soft skills are often not part of a classroom’s curriculum, the Phi Delta Kappa/Gallup poll revealed that more than three in four adults “strongly agreed” that K-12 schools should teach critical thinking and communication to children.

“It is hard to work against habits that have been formed all the way through K-12,” said Talley. “Students would have to be highly motivated to change the way that they act and interact. And I don’t know what we could provide in higher education that would motivate them to make such changes.”

Within the ongoing changes in the workforce, many employers are training on the job. According to Gallup’s 21st Century Skills and the Workplace Survey in 2013, a majority of respondents (59 percent) agreed that they developed most of the skills they’ve used in their current job outside of school.

“Things are changing so fast right now, an employee may have come out with a set of skills as far as your degree is concerned, but those may be obsolete in the next two to three years,” said Evans.

Soft skills, by contrast, do not become obsolete. Though they aren’t directly taught in most schools, some institutions are taking initiative.

For example, Stanford University has created a course titled Organizational Behavior 374: Interpersonal Dynamics. The class is focused on building effective relationships through communication and self-awareness.

“While student success may depend on mastery of content in core subject areas such as math and reading, it also depends on more than knowledge of core content,” authors of a 2016 Gallup-Lumina Foundation poll wrote.

“Critical thinking, creativity, communication and other soft skills, as well as student physical and social well-being, are also necessary for future success in higher education and in the workplace.”