For Jack Kent Cooke Foundation (JKCF) scholars, this year’s Scholars Weekend from August 2-5 was a place to reaffirm the power of community for the high-achieving, low-income students.

Through event sessions on college success, career pathways and financial management, inspiring keynotes from artists and alumni scholars and a talent show and dance party, Cooke Foundation leaders gave the scholars resources and relationships to “thrive together.” 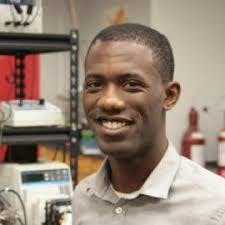 The event theme “Who are You?” centered students’ individual experiences and brought together a cohort of first-year scholars, returning scholars entering into their senior year and transfer scholars, including two who will be attending Princeton University.

In the weekend’s opening address, students heard from alumni scholar Dr. William A. Tarpeh, a Cooke Young Scholar and College Scholar who will be an assistant professor of chemical engineering at Stanford University beginning this fall.

Tarpeh spoke about his academic journey and inspired the scholars to cultivate their long-lasting identity as high-achieving scholars more-so than the “low-income” identifier, because their financial status is transient.

“Don’t mistake your core identity for your temporary circumstances,” he said.

Scholars Weekend also featured alumni-led programming focused on scholars’ academic and professional success. Sessions exposed scholars to various career pathways and touched on navigating financial aid and finances, how to “thrive” as a scholar, ways to get involved in research and how to conquer imposter syndrome, among other topics.

Alumna scholar Matylda Czarnecka led a session titled “How to be a Midnight Warrior, Without Working until Midnight.” Czarnecka engaged the younger scholars in time- and energy-management discussions and recommended that they prioritize tasks and goals into “big rocks,” “pebbles” and “sand” according to the importance of the tasks or goals and the steps needed to complete them.

In addition, Czarnecka said, students should consider saying “no” when necessary and not feel bad about creating boundaries to avoid burnout.

Students pitched in with their own advice to peers, including on how to differentiate between what’s important to them and what’s important to other people. Others brought up taking breaks to recharge, studying with friends who are committed to their work and sticking to a routine.

Marshelle Davis, a first-generation student studying accounting at the University of Miami, said her experience as a scholar has been “amazing … beyond what I even thought when I won the scholarship” last year.

Her status as a nontraditional scholar with three daughters – two in their 20’s – inspires her on the days when she wants to give in, she said.

“I remember why I started all of this,” Davis said. “It’s because my three daughters need not just my words, but they need to see me do it, and do it in a big way.”

One of the unspoken challenges Davis faces on campus is finding other students who she can relate to or build community with. For this reason, and because it is a passion for her, she serves as a peer mentor and tutor for JKCF scholars and other students on campus, where she gives them advice on how to navigate certain challenges such as financial aid.

“I make it a point to help the incoming [JKCF] scholars, especially the non-traditional students,” Davis said. “I give them the contact people and the ‘heads up’ and I’ll literally walk with them through that process, because it can be daunting. Some people believe that once a financial aid officer tells you, ‘You can’t do that,’ they just take it as that, and I’m kind of an advocate for others.”

Two goals for Davis are to attract more minority talent into the accounting field and establish her own nonprofit organization to financially empower individuals from underserved communities. Starting at the elementary level, she intends to help people understand the basics of personal finance so they can “undo that pattern or break that cycle of poverty themselves,” she said.

“We’re not waiting on anyone else to come in to rescue us, to give us a lifeline that really turns into something else,” Davis added. “Starting with the children, that’s a way that you can change the entire community.”

The foundation highlighted scholars like Davis at its reception and banquet Friday evening.

Cecilia Marshall, director of strategic initiatives at JKCF, shared in a separate discussion that, since its founding in 2000, the foundation has awarded $190 million in scholarships to approximately 2,500 students. The foundation also has given more than $100 million in grant awards to organizations that serve the students the foundation supports.

Before the scholars ended Friday night with ballroom and Latin dance lessons and the DJ Dance Party, poet Elizabeth Acevedo presented a spoken word-filled address, uplifting the scholars to make spaces at their highly selective schools their own and to believe that they are worthy enough to be there.

Acevedo described her experience in her Master of Fine Arts program at the University of Maryland, where she was the only person of Afro-Latinx descent in the room. She said she sat in poetry critiquing sessions where other classmates and some professors often dissected the content, not the craft, of her poems, finding them to differ from the traditional canon of poetry.

She then recited a counter-critique poem she wrote in response to one professor – an “Ode to Rats” – and also performed a rap she wrote when she was 15 to embolden the voice of confidence in herself.

In closing, Acevedo encouraged the scholars to “lean into fear” and to repeat to themselves words of affirmation if they find themselves in spaces that may not be as supportive of students like them.

“If you wait for permission, that door will stay closed … but that doesn’t mean that space isn’t yours,” she said. “You have that power within yourself. They don’t know you, and they don’t know what experiences you have.”