TAMPA— At a time when academic conferences can sometimes be stuffy, pretentious and outright boring—this year’s Association for the Study of Higher Education (ASHE) centered social justice as the prominent theme of its three-day gathering.

“Envisioning the Woke Academy” was the idea of Dr. Lori Patton Davis, who made history last year when she was elected as the first Black woman to lead the 43-year-old organization that is dedicated to higher education as a field of study.

“One of the things I set out to do was to move ASHE beyond just the annual conference,” said Davis, a professor of Urban Education at Indiana University-Purdue University Indianapolis and an expert on Blacks in postsecondary institutions. 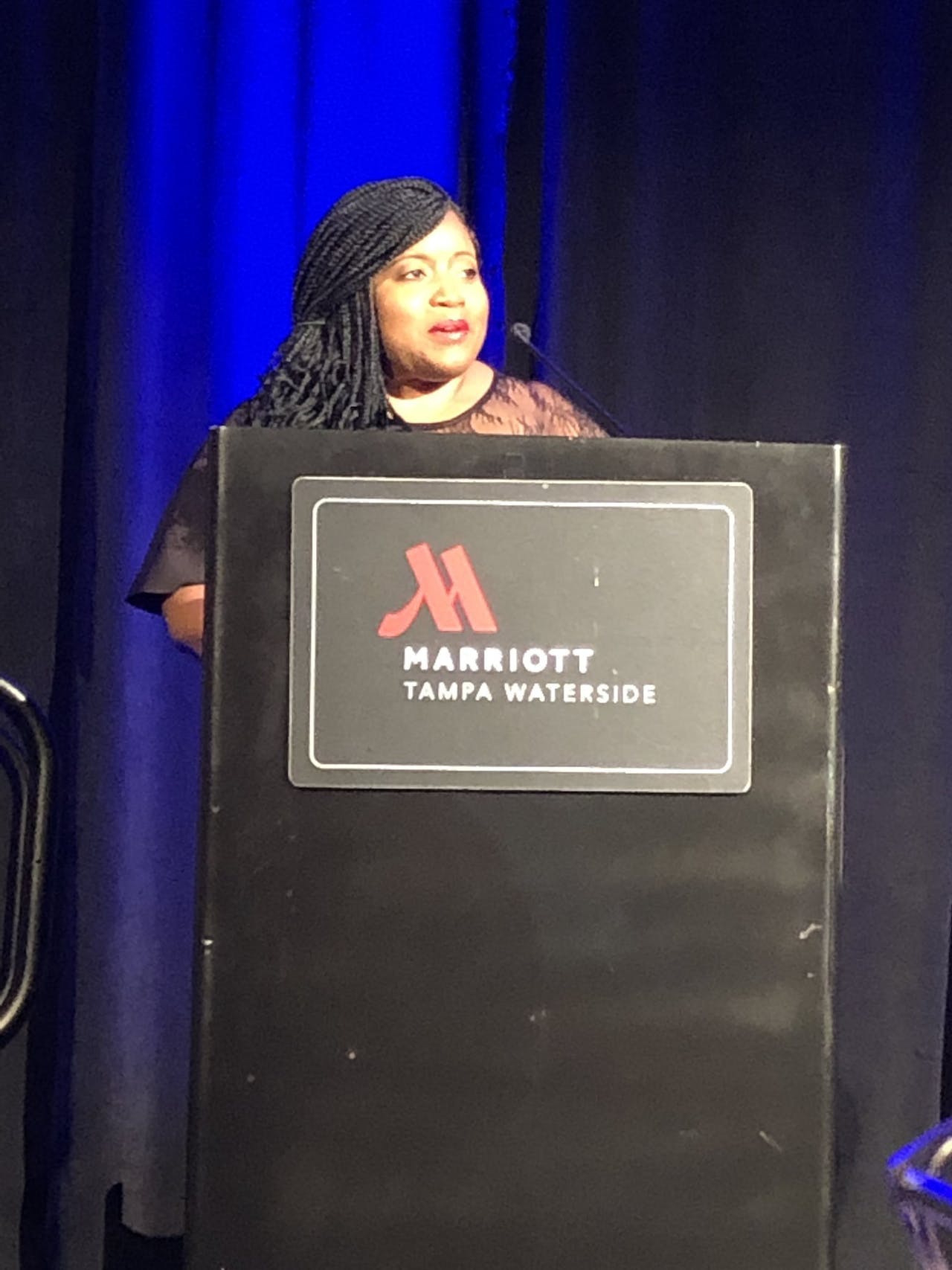 Davis realized that there was a need to develop ongoing professional development opportunities throughout the year around a centralized theme and started the “Woke” research methodology series, an interdisciplinary initiative that attracted speakers both in an outside of higher education.

She also launched an Institute for Community Engaged Research, a collaborative project aimed at examining “what it means to do this work and to ensure that it’s in community and in partnership not on people but with people.”

There was push back from some association members who felt that the term “woke” which refers to a perceived awareness of issues concerning social justice and racial justice and has been used by younger activists in recent years, was not academic enough for a scholarly convening.

In fact, some White scholars boycotted this year’s conference, leading some members to note that there has been a “White flight” in recent years as the demographic of the association has dramatically shifted with a growing number of minority academicians not only becoming members but also taking on leadership roles within the association.

“There is a culture of people who want their association back,” said Davis, adding that some scholars of color perceived ASHE to be “less than friendly in previous years,” she said.

Regarding this year’s theme, “people felt alienated and I’m like, ‘you’re so used to it always being about you that you can’t realize that we can all be in this,’” Davis said.

Davis said conversations that focus on “what’s academic enough” and ongoing debates centered on qualitative vs, quantitative research is an outdated way to approach cutting-edge scholarship both in and outside of the academy.

Too many scholars, Davis caution, are immersed in “academic sleepwalking” and she said that engaged research should be seen and treated as a “revolutionary act.”

Davis, who has been succeeded as president by Dr. Kristen A. Renn, a professor of Higher Adult & Lifelong Education (HALE) at Michigan State University said that she is most encouraged by the number of graduate students and newly-minted Ph.Ds who have become active in the association and remain committed to making higher education a more inclusive space.

“I love them. They’re intergenerational,” said Davis, who will remain a board member of ASHE. “I’m not huge on social media but when I thought about how I was going to pull together my talk, I wanted something that would relate to the overwhelming majority of people who would be in that audience. I did not want them to feel like this is a one time thing. Here’s an opportunity to cultivate this so these people become faculty, and leaders that will ultimately shift higher education.”