WASHINGTON – Alarming numbers of America’s largest demographic group – millennials – are disconnected from education and employment, and the causes must be identified and addressed to save trillions of dollars in untapped potential and related social outlays, according to presenters and guests brought together Wednesday afternoon by the Educational Testing Service to discuss its two new reports on the subject. 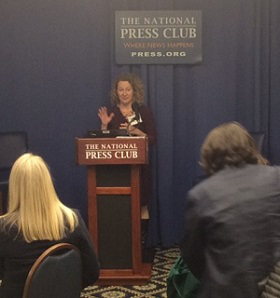 “We have a lot of work to do,” said ETS president and CEO Dr. Walt MacDonald, an assessment shared by nearly 50 educational leaders, policy experts, researchers and others at a research forum titled “Broken Connections: Millennials and the Transition to Adulthood” held at the National Press Club.

At the forum, ETS unveiled its most recent study on the topic, “Doesn’t Get Better with Age: Predicting Millennials’ Disconnection.” The report, written by ETS senior research scientist Dr. Catherine M. Millett and ETS researcher Dr. Marisol Kevelson, drew on longitudinal data collected from a cohort of study subjects who were high school sophomores in 2002.

· Disconnection is influenced and to an extent can be predicted by “a complex interplay” of background factors, chief among them socioeconomic status, child-rearing and high school academic abilities and experiences.

· Disconnected individuals at ages 18, 20 and 26 tended to be from homes of lower socioeconomic status, score lower on standardized reading and math tests in the 10th grade, have re-documented special education needs, be tardy to and absent from school more and be suspended more.

· Nearly 66 percent of disconnected young adults were actively searching for work at age 26 while the other 34 percent had left the labor force and weren’t looking for a job.

· While prior schooling or work could reduce the likelihood of disconnection, neither appears able to entirely prevent disconnection. More than one in five young adults who left high school early were disconnected at ages 20 and 26, a higher incidence than those who still were in school at age 18. 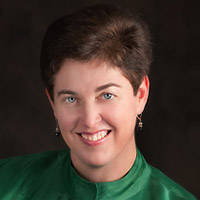 The report followed another research report in April, “Too Big to Fail: Millennials on the Margins,” written by ETS researchers Anita M. Sands and Dr. Madeline J. Goodman, “Too Big to Fail” noted that disconnection among millennial youth is a concern in some European countries, as well.

The authors also noted that an estimated 5.8 million American young adults are neither in school nor working, writing: “The underlying assumption of the current research on youth disconnection is clear: Those who are attached to formal education and/or the labor market have the skills and knowledge necessary for self-sufficiency, while those without such attachments are at risk of being left behind.”

That matters because the roughly 77 million American millennials – born between 1980 and 2000 and also known as echo boomers and Gen Y – comprise nearly one-fourth of the U.S. population and constitute a significant part of the nation’s current and future labor force.

Finishing high school, getting a college degree and finding a job is a path that functions best for the children of middle-class and affluent parents who live in safe neighborhoods and attend good schools, said Martha Ross, a fellow in the Metropolitan Policy Program at Brookings Institution, during her keynote remarks.

“But there are a lot of people for whom this playbook doesn’t work,” she contended, adding that the two research reports validate the point.

To help millennials reconnect or not become disconnected in the first place, old assumptions must be questioned and creative methods of teacher mentoring and promoting social cohesion must be engaged, speakers said.

Goodman and others spoke of a need to recognize that access to education doesn’t equate to quality, and completion of a credential doesn’t mean competence. So even millennials who gain some post-secondary education may not have the technical and so-called soft skills to survive and thrive in a job and end up disconnected.

“You can become disconnected no matter where you start,” said Millett.

Research indicated that low-skills millennials tend to have lower self-efficacy, less trust in others and societal institutions, putting them at greater risk of disconnecting and succumbing to disillusionment, depression and suicide.

“All this can erode the social fabric of society,” said Goodman, perpetuating a cycle where some accumulate advantage while others accumulate disadvantage, widening the gap between the haves and have-nots.

One key is greater emphasis in education on social and emotional learning, said Betsy Brand, executive director of the American Youth Policy Program.

“We are falling down in many ways in the areas of social and emotional competencies,” she said. “We aren’t good at helping youngsters get that bucket of skills. I think we just need a much more concerted effort in thinking about how we create a holistic approach that will allow young people to be successful.”