While numerous surveys and studies suggest that Christianity is declining in the United States, Christian Theological Seminary has launched a novel Ph.D. program focused on a tradition that some hope will reverse the trend – African-American preaching.

The mission of the African American Preaching and Sacred Rhetoric program – the Indianapolis school’s first Ph.D. degree – is to establish African-American preaching as an academic discipline and to explore, develop and expose such preaching as an indigenous and unique art in hopes of sparking a preaching renaissance that will revive American Christianity. 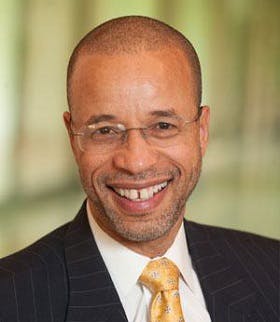 CTS welcomed the program’s first student cohort in 2017, six men and four women from varied religious backgrounds. Interest in the program has grown so much that the second cohort will begin this August instead of next year, said Dr. Frank A. Thomas, who conceived the program and is the Nettie Sweeney and Hugh Th. Miller Professor of Homiletics and director of the seminary’s Academy of Preaching and Celebration.

“We do African-American preaching, not just one brand such as social justice,” said Thomas. “Our program represents the diversity of preaching in the African-American community and is designed to produce practitioner-scholars. The best preachers lead with theology but have a great understanding of practices.”

The program was shaped by African-American cultural values, which have informed Black preaching since its inception during slavery, but it also incorporates sacred rhetoric from European American and other religious traditions across the country. It includes 14 courses in the first three years followed by one year for comprehensive exams and two years for dissertation completion.

The Association of Theological Schools (ATS) and The Higher Learning Commission have granted the program accreditation. ATS executive director Dr. Frank Yamada described it as “intriguing” and noted that the seminary engaged Black churches and gained significant support in developing the program.

Although Ph.D. programs about the African-American church, Black church history or Black theology are not unusual, this program’s focus on African-American preaching makes it unique among ATS-accredited schools, said Yamada.

“It focuses on a unique charism of gifts that the Black church brings to U.S. religion and U.S. society, the unique gift of Black preaching and its uniqueness within the U.S. culture.”

Rev. Watson Jones III, senior pastor of Compassion Baptist Church in Chicago, said he was intrigued when he learned of the new program. He had been thinking about returning to school to earn a doctorate, perhaps in homiletics or Black church history, but “a Ph.D. in African-American preaching didn’t exist, so that wasn’t even on the radar,” he said.

As a member of the inaugural cohort, Jones said he’s greatly enjoyed scholarly conversations, grappling with theories and encouragement within a group that has become like a family. 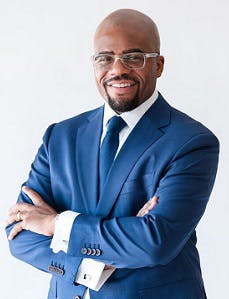 “It’s been enriching for me as a preacher and a blessing as a thinker,” he added.

Tuition and fees for the program are just over $57,000, but supporters have donated money to ensure that graduates leave with “no life-altering debt,” said Aimée Laramore, the program’s philanthropic strategist.

A desire to create the program brought Thomas to the seminary in 2013. With support across the institution, he led a team in the program’s development and drew on his extensive background in the church and the academy.

“I have had the pastoring side and the academic side,” Thomas said, “and both converged in this program. So, I was able to shape a program that I had lived.”

He was a senior pastor for three decades, first at New Faith Baptist Church in Matteson, Ill. for 18 years and then at Mississippi Boulevard Christian Church in Memphis for 13 years. His education includes a Ph.D. in communications with a specialty in rhetoric from the University of Memphis, a doctor of divinity from CTS, doctor of ministry degrees from Chicago Theological Seminary and UTS, a master of divinity from Chicago Theological and a master of arts in African-Caribbean Studies from Northeastern Illinois University.

Additionally, Thomas has written extensively about preaching and other theological topics. He co-edited Preaching With Sacred Fire: An Anthology of African American Sermons 1750 to the Present, which was published in 2010. Since then, he has written several books that were published, including They Like to Never Quit Praisin’ God: The Role of Celebration In Preaching; Preaching as Celebration Digital Lecture Series and Workbook; Introduction to the Practice of African American Preaching and The Choice: Living Your Passion Inside Out.

Currently on a research leave, Thomas is completing How to Survive a Dangerous Sermon, a sequel to his 2018 book How to Preach a Dangerous Sermon. He’s also reviewing applications for the second program cohort, which will be determined in February.

The size of future cohorts, Laramore said, will be determined by the quality of applicants and ability to scale the program without sacrificing quality.

“We’re excited about the quality of work our students are doing and will do in the future,” added Dr. Leah Gunning Francis, vice president for academic affairs, dean of the faculty and associate professor of Christian Education and Practical Theology. “We’ll look at success based on the quality of work produced by the students, not numbers.”

The school has received many inquiries about the program, Francis said, a sign that others recognize the importance of its mission.

“It is devoted to curating and preserving the rich legacy of African-American preaching, both in style and in substance, and recognizing the significant impact it has had for centuries in giving voice to Black people’s experiences in the United States.”